SEOUL, Oct. 28 (Yonhap) -- Hyundai Steel Co., South Korea's No. 2 steelmaker, said on Thursday it swung to the black in the third quarter from a year earlier on the back of solid demand for key products and price hikes in line with the economic recovery from the pandemic.

Net profit reached 596 billion won (US$509 million) on a consolidated basis in the third quarter of the year, turning from a net loss of 44.7 billion won a year earlier, the company said in a regulatory filing.

Operating income for the July-September period stood at 826.2 billion won, sharply up from 33.4 billion won a year ago.

Revenue rose 31.3 percent to 5.86 trillion won over the cited period.

The operating profit was 1.2 percent lower than the average estimate, according to a survey by Yonhap Infomax, the financial data firm of Yonhap News Agency.

It sold 6.18 million tons of steel plates used for shipbuilding and other premium products during the third quarter of the year, accounting for some 43 percent of the total sales. 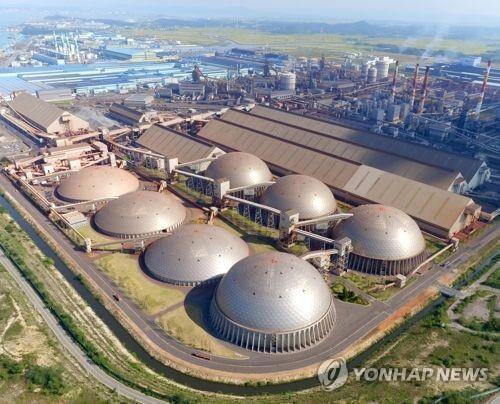