SEOUL, Oct. 28 (Yonhap) -- South Korea's Defense Minister Suh Wook held talks with the visiting U.S. secretary of the Navy in Seoul on Thursday to discuss security on the Korean Peninsula, the bilateral alliance and other issues, his ministry said.

The talks between Suh and Secretary Carlos Del Toro came as Seoul and Washington seek to ensure their defense readiness, following a recent series of North Korean missile launches, and advance joint efforts to resume dialogue with Pyongyang.

During the meeting, Del Toro expressed expectation that the U.S. and South Korea will closely work together to ensure stability and prosperity in Northeast Asia and maintain the international order in the Indo-Pacific region, the ministry said.

The secretary also voiced hope that close cooperation between the Navies and Marine Corps of the two countries will help further develop the alliance.

Suh used the meeting to congratulate Del Toro on his inauguration in August and again express Seoul's appreciation for Washington's support for its mission earlier this year to evacuate nearly 400 Afghan co-workers and family members to South Korea.

Del Toro was in Seoul as part of his first overseas trip since he took office. The trip includes visits to Japan and other parts of the Indo-Pacific region. 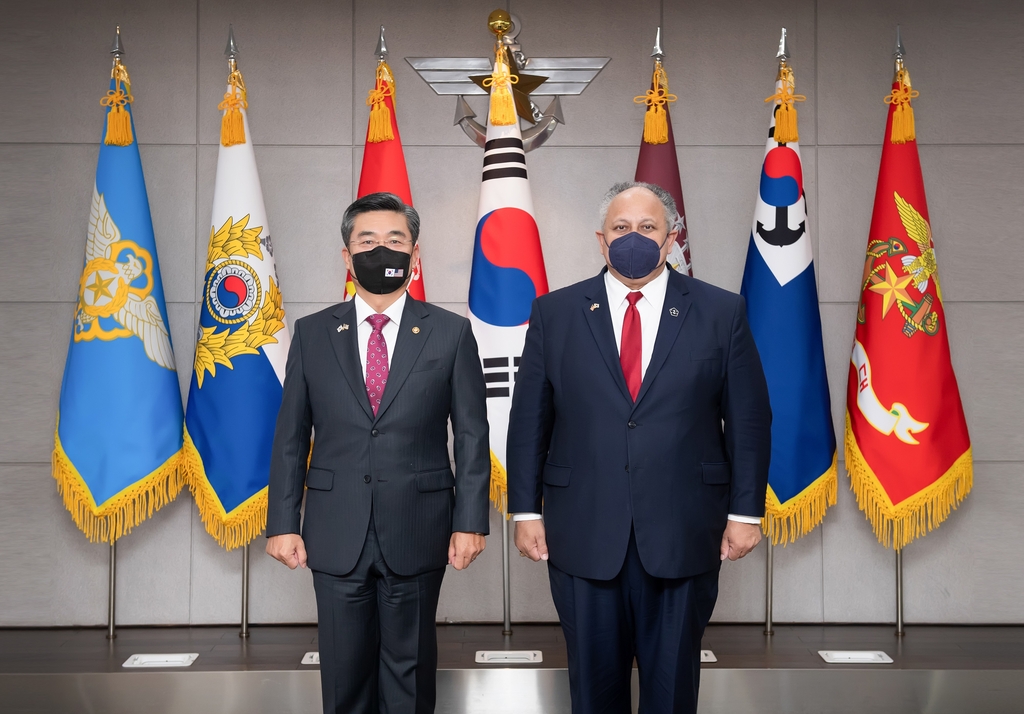