SEOUL, Oct. 28 (Yonhap) -- The Constitutional Court on Thursday rejected the National Assembly's first-ever impeachment of a judge, saying there is no point in deliberating the case because the now-retired judge cannot be sacked.

The court made the decision in a 5-3 vote to dismiss the February impeachment of Lim Seong-geun, a former judge at the Busan High Court, on charges of meddling in politically sensitive trials chaired by other judges during the previous administration.

The National Assembly voted on Feb. 4 to impeach Lim for allegedly meddling in several sensitive cases in the past, most notably a libel case filed by the former Park Geun-hye government against a Japanese journalist in 2015.

It marked the first time that a sitting judge was impeached in South Korea.

Lim's duties were immediately suspended, but he retired later that month as his term expired. 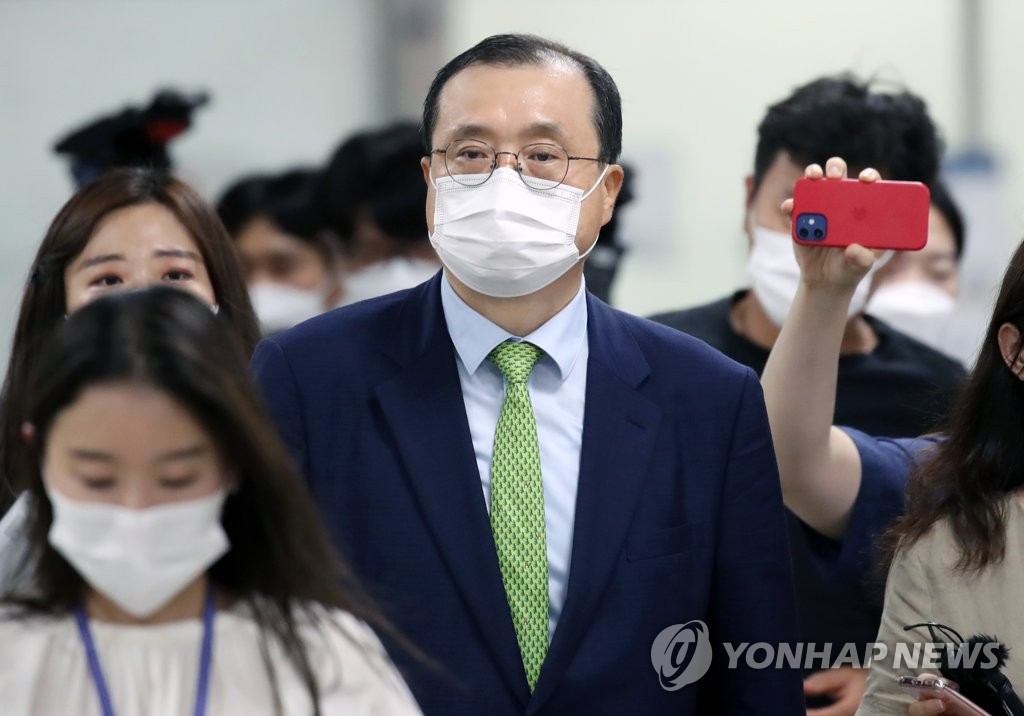 The justices who voted to dismiss the impeachment ruled, "It was clear that a decision to relieve Lim from public service was impossible" as he has already retired.

Those who voted to uphold the impeachment noted the move could help prevent problems related to breaches of judiciary independence from being repeated in the future.

Lim had previously been indicted on the same charges that he meddled in several trials presided over by other judges between 2015 and 2016 while serving at the Seoul Central District Court, including influencing the libel case against the Japanese journalist.

The journalist was accused of libel for published a newspaper column questioning then President Park's whereabouts at the moment of the deadly sinking of the Sewol ferry in 2014. The journalist was ultimately found not guilty.

Lim was cleared of the charges in a district court trial and a high court trial.

Lim has denied the allegations and insisted that he merely offered advice to fellow judges as a colleague.

A lawyer representing Lim thanked the court for "reaching a rational conclusion following the legal principles of the impeachment process."

Rep. Lee Tahney of the ruling Democratic Party, who co-sponsored the impeachment motion that was passed in February, meanwhile, expressed "extreme regret" with the decision and criticized the court for "abandoning its responsibility to defend the Constitution."

Two previous motions of impeachment against Supreme Court judges were proposed, in 1985 and 2009, respectively, but the motions were voted down or scrapped at the National Assembly. 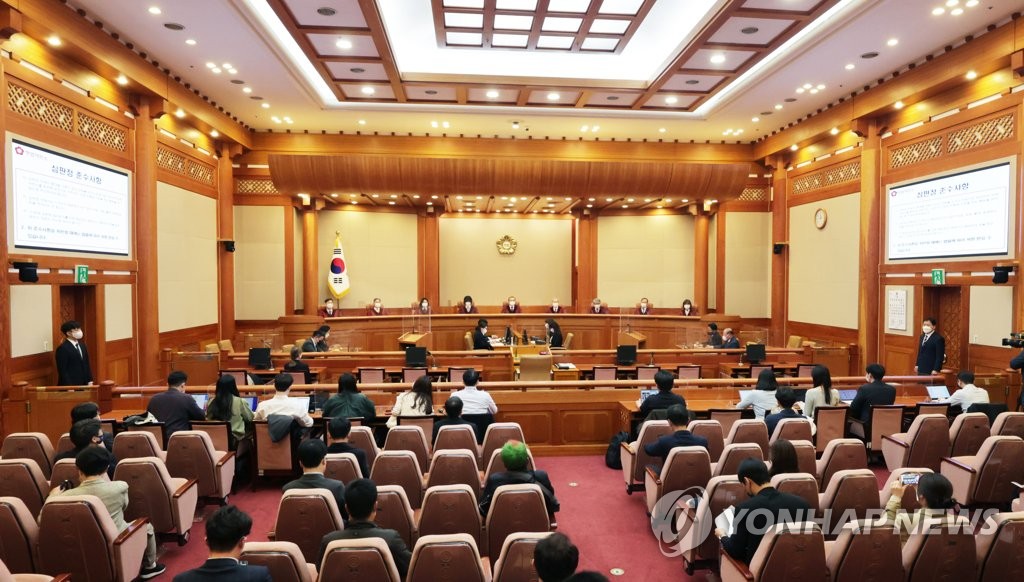