The South Korean tech giant said in a regulatory filing that net income came to 516.5 billion won (US$440 million) in the July-September, down from 649.2 billion won during the same period of last year.

LG Electronics said its third-quarter operating profit fell 49.6 percent on-year to 540.7 billion won as it set aside 480 billion won for the recall cost.

The company supplied GM with battery modules that are made with battery cells from LG Energy Solution Ltd. In August, the tech firm revised down its second-quarter profit after setting aside 234.6 billion won for the recall.

Its home entertainment division that manages the TV business drove strong sales with the popularity of OLED TV, brushing off concerns over increasing logistic and retail costs.

Global OLED TV shipments, led by LG, are projected to reach 6.5 million units by the end of this year, according to a recent report by market researcher Omdia, up from the previous estimate of 5.8 million units. 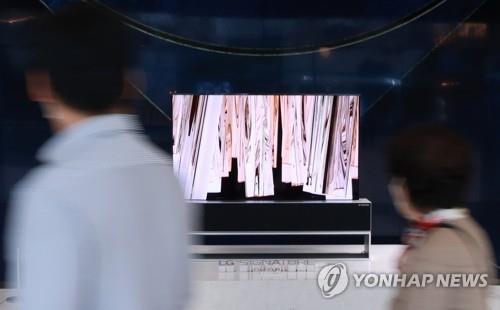