SEOUL, Oct. 28 (Yonhap) -- South Korean stocks retreated for a second straight day Thursday, weighed down by concerns about the increasing inflationary pressure. The Korean won rose against the U.S. dollar.

Trading volume was moderate at about 608 million shares worth some 12.2 trillion won (US$10.4 billion), with losers outnumbering gainers 661 to 210. 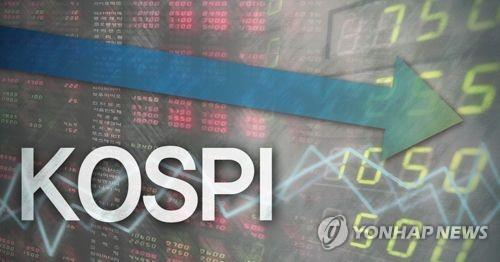 After a muted opening, stocks fluctuated in a tight range amid the tussle between the expectations of strong quarterly gains and concerns over rising price pressure.

Stocks turned to losses toward the session's close, in the wake of reports that the Chinese government is pushing to curb its spiking coal price.

"The steep decrease in the coal production is likely to fall short of winter demand, raising worries that the energy crunch may increase the inflation pressure globally," Daeshin Securities analyst Lee Kyung-min said.

The local currency closed at 1,169.7 won against the U.S. dollar, up 0.3 won from the previous session's close.

Bond prices, which move inversely to yields, closed higher. The yield on three-year Treasurys lost 2.7 basis points to 2.017 percent, and the return on the benchmark five-year government bond fell 6.1 basis points to 2.277 percent.

(LEAD) Seoul stocks down for 2nd day on inflation concerns

(LEAD) Seoul stocks down for 2nd day on inflation concerns