SEOUL, Oct. 28 (Yonhap) -- Defense Minister Suh Wook said Thursday that South Korea's military will back up ongoing diplomatic efforts to foster lasting peace on the Korean Peninsula based on the strength of the country's alliance with the United States.

Suh made the remarks at a security forum in Seoul, as Seoul and Washington are striving to ensure combined military readiness in the wake of a recent series of North Korean missile launches, while coordinating efforts to resume dialogue with the recalcitrant regime.

"While maintaining the firm combined defense posture, our military will evolve and develop the South Korea-U.S. alliance into a great alliance," Suh said at the forum hosted by the Korea America Friendship Society, a civic group dedicated to promoting the alliance.

"Through the robust strength of the alliance, the military will prop up diplomatic endeavors for the denuclearization and lasting peace on the Korean Peninsula," he added.

Touching on Washington's support for Seoul's daunting operation in August to evacuate nearly 400 Afghan people to South Korea, Suh said that the mission marked a reminder of the firm alliance "forged in blood."

During the evacuation mission, codenamed "Operation Miracle," the U.S. military provided transportation and other kinds of support to help South Korean diplomats and military personnel successfully carry out the mission. 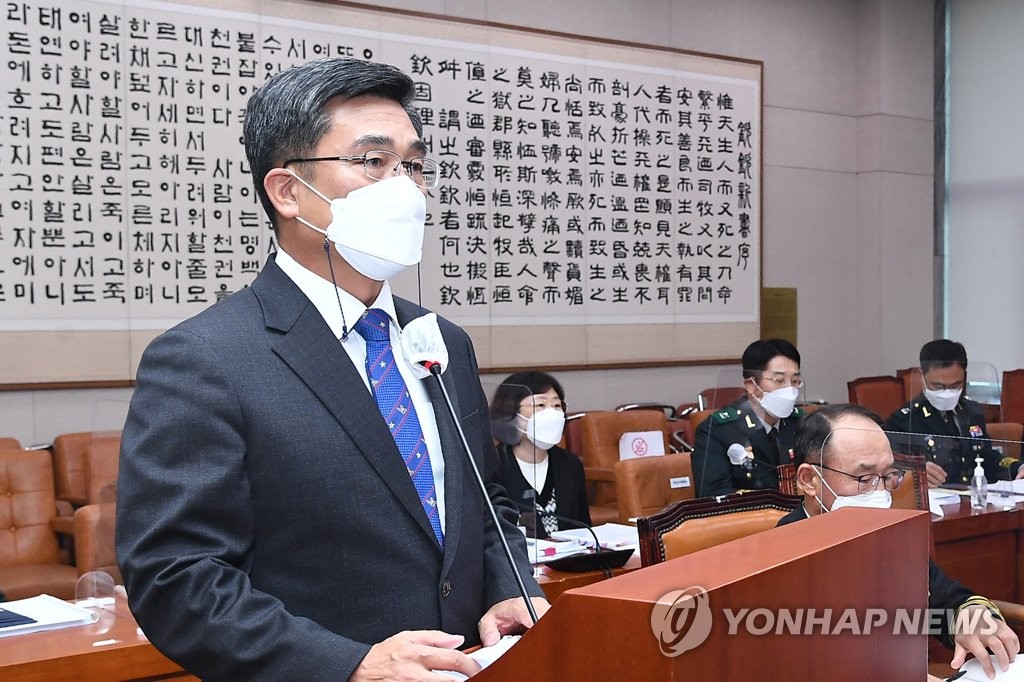