SEOUL, Oct. 28 (Yonhap) -- Perhaps no South Korean football club has had a tougher week than Ulsan Hyundai FC, which have lost semifinals matches in the top continental competition and then in the biggest national tournament, while falling from the top spot in the domestic league table in between.

With five matches left in the K League 1 season and Ulsan trying to end their 16-year title drought, captain Lee Chung-yong vowed on Thursday things will only get better from here.

"This has been a devastating week for Ulsan, and I am sure our fans felt the pain, too," Lee said during the K League 1 media day held in Seoul ahead of the Final Round. "We all understand our fans' suffering, and we don't them to feel any more pain. That's how we're going to approach our final five matches." 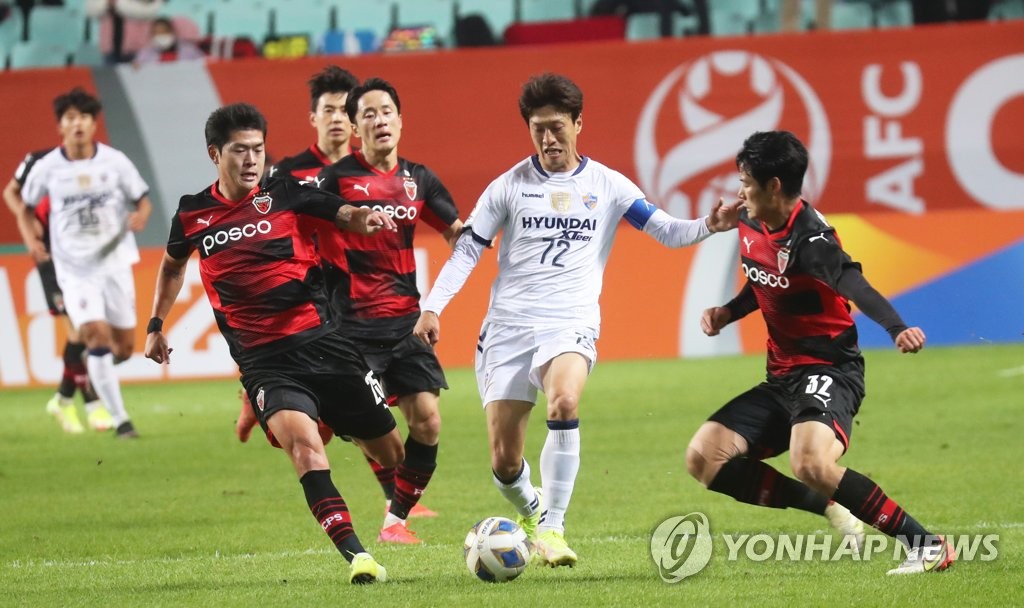 For the Final Round, the 12 K League 1 clubs have been split into two tiers. The top six clubs are in Final A and the rest are in Final B. They will play five matches within their respective groups to finish out the season.

Ulsan once harbored dreams of completing a "treble," or winning three major trophies in one season. But on Oct. 20, they lost to their K League rivals Pohang Steelers in the semifinals of the Asian Football Confederation (AFC) Champions League. Four days later in league action, Ulsan lost to lowly Seongnam FC 2-1 to drop from first to second place.

Then on Wednesday, Ulsan were stunned by the K League 2 club Jeonnam Dragons 2-1 in the semifinals of the FA Cup tournament. And there went Ulsan's hopes of winning even two trophies, and all they have left to play for now is the K League 1 title. 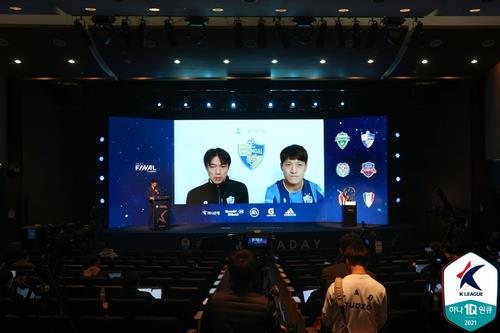 And even that is far from guaranteed. Ulsan and Jeonbuk both have 64 points, but Jeonbuk are currently in first place thanks to their tiebreak edge in goals, 58 to 54.

And Ulsan also have to exorcise their Jeonbuk demons, having fallen short against them with a league title on the line in both of the past two years.

"We've struggled this time of the season in the recent past, and this is our opportunity to change the narrative," Lee said. "And that's why we're here."

Representing Jeonbuk at the media day, midfielder Paik Seung-ho said his club won't give an inch as they're going for an unprecedented fifth straight title.

"Jeonbuk and Ulsan both have a lot of skilled players, and it will come down to who will play better as one," Paik said. "On our team, veterans are really good at taking care of younger guys, and that's how we've always been successful late in seasons. We're going to try to win the next five matches."

Jeonbuk will host Ulsan on Nov. 6 for their final meeting of the season. The six clubs in Final A will close out the season on Dec. 5. 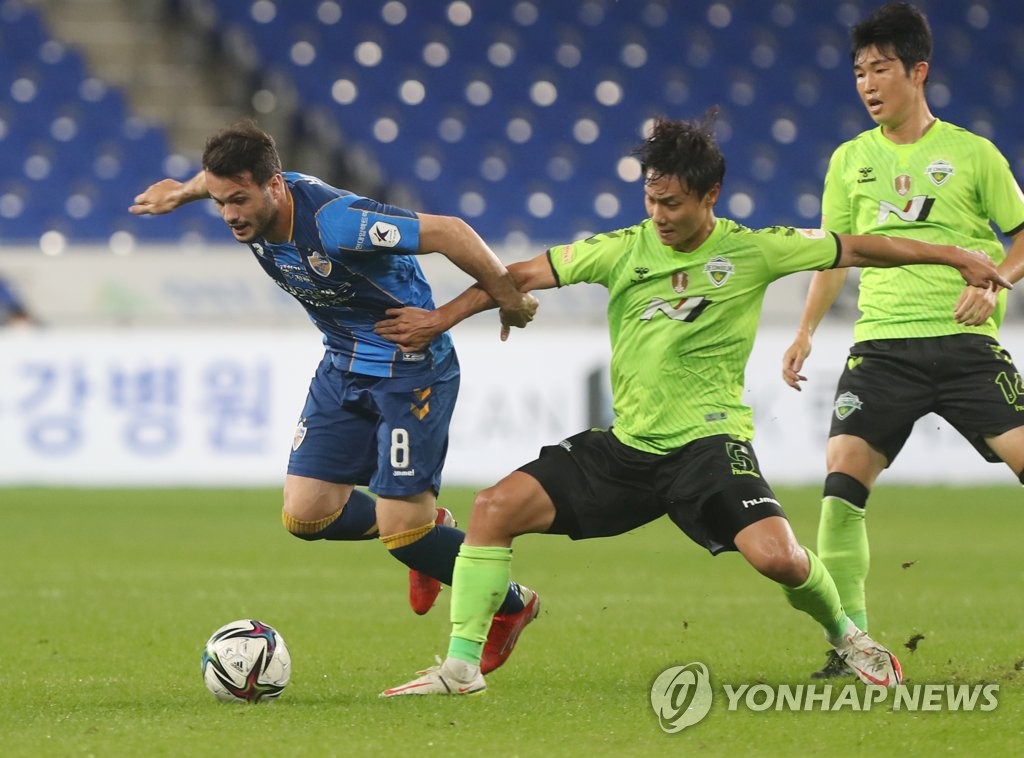