SEOUL, Oct. 28 (Yonhap) -- South Korean baseball's postseason will begin next Monday, two days after the end of the regular season.

It will begin with the wild card game between the No. 4 and No. 5 seeds Monday. The higher seed will advance to the next round with a win or a tie, while the lower seed must win two straight games to move on.

The wild card winner will then face the No. 3 team from the regular season in the best-of-three first round beginning next Thursday. 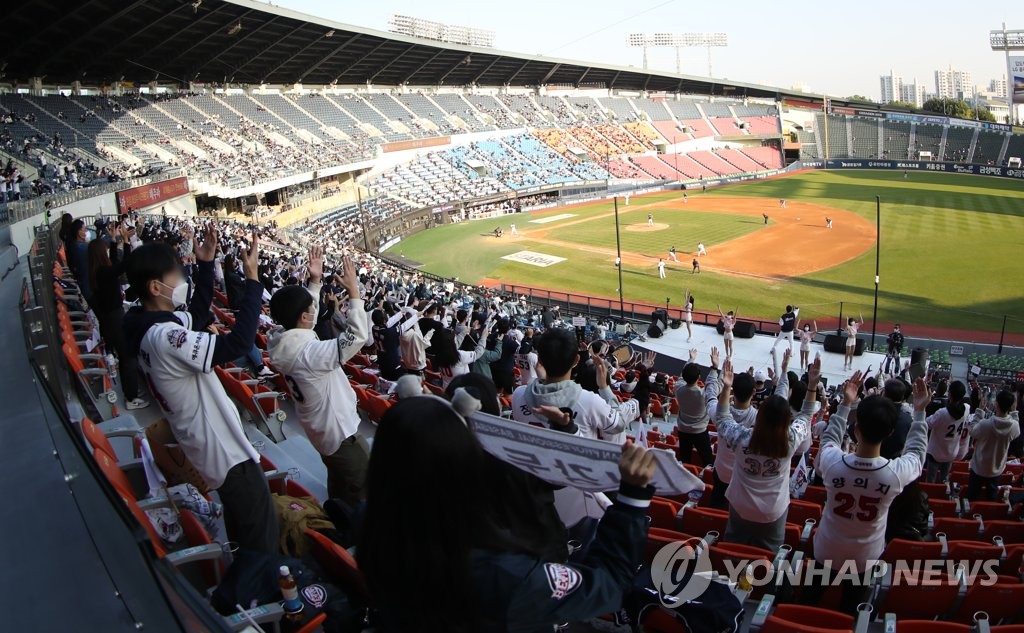 The winner of that series will go on to meet the No. 2 regular season club in the second round starting Nov. 9. It has been shortened from best-of-five to best-of-three for this year because of scheduling crunch.

The KBO postponed a week's worth of games in July due to a COVID-19 outbreak and then had a three-week break during the Tokyo Olympics. Teams have been playing multiple doubleheaders, and the league eliminated extra innings in a race to get the normal 144 games into the tight calendar.

The regular season winner will advance straight to the Korean Series and await the winner of the second round. The Korean Series, which will begin Nov. 14, will be best-of-seven.

To protect fans and teams from the cold conditions of mid-November, the entire Korean Series will be played at Gocheok Sky Dome in Seoul as the neutral venue.

If the Korean Series goes the distance, it will finish on Nov. 22, two days shy of the record for the latest conclusion to a season set in the pandemic-plagued 2020 season. 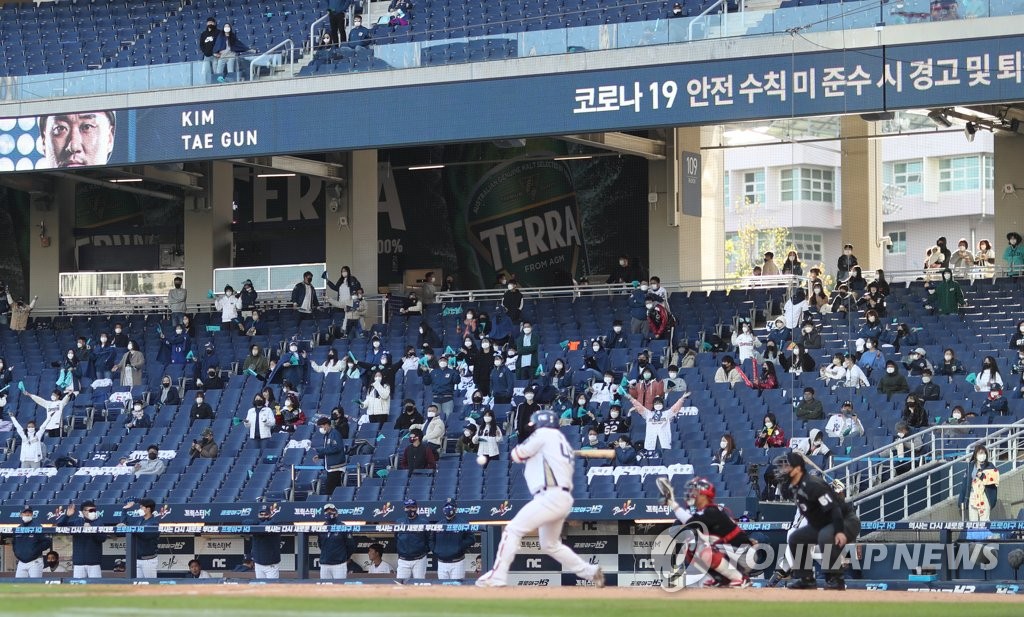 In case of ties after nine innings, teams will play until the 15th inning to determine the winner.

To guard against COVID-19 infections among playoff participants, the KBO will require clubs to assemble a taxi squad of reserve players. If a player from a 30-man playoff roster is diagnosed with COVID-19, teams will have to call up a replacement from their taxi squad to keep the postseason going.

If health authorities have to shut down a stadium for contact tracing purposes, then the KBO will suspend the game and pick things up at a later date in another stadium, if necessary.

Clubs are currently accepting fans at up to 30 percent of their stadium capacities, and the figure will likely increase once the government unveils plans for a phased return to normalcy Friday.

The KBO said it will update its health and safety protocols for spectators accordingly.