SEOUL, Oct. 28 (Yonhap) -- It is "possible" North Korea will meet South Korea for talks on declaring the end of the Korean War without any strings attached, Seoul's spy chief was quoted as saying Thursday.

Park Jie-won, head of the National Intelligence Service (NIS), made the remark during a parliamentary session, according to Rep. Kim Byung-kee of the ruling Democratic Party. Park was responding to a question about North Korea's reaction to a recent proposal by South Korean President Moon Jae-in to declare the end of the 1950-53 Korean War. 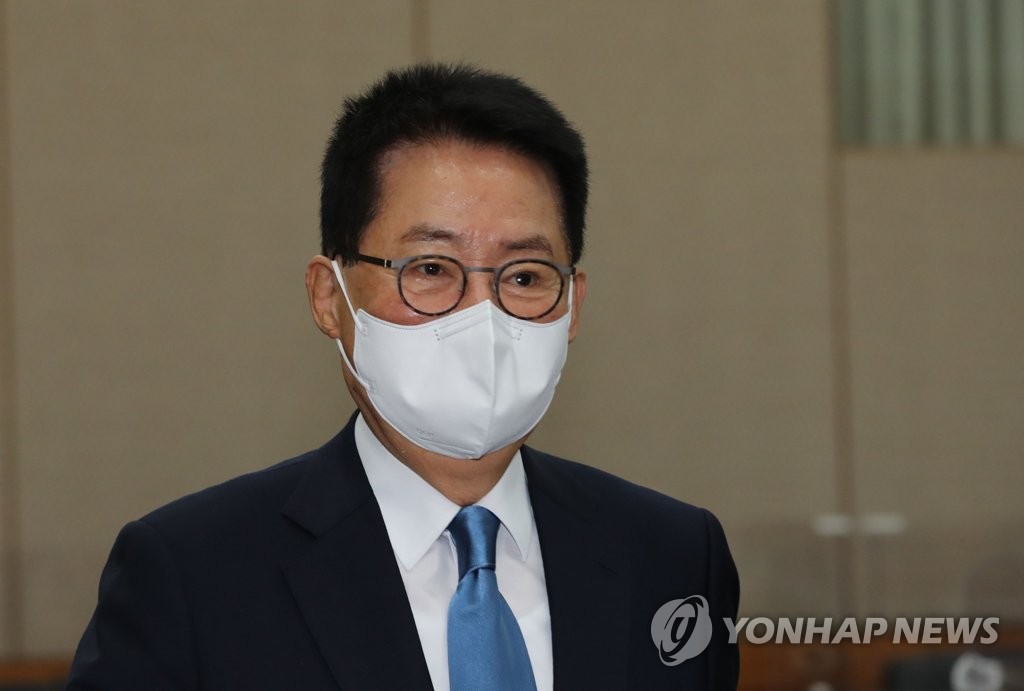 The conflict concluded with an armistice, not a peace treaty, leaving the two Koreas technically at war.

According to another lawmaker, Rep. Ha Tae-keung of the main opposition People Power Party, Park said North Korea had demanded, as preconditions to end-of-war declaration talks, economic sanctions against Pyongyang be lifted, while also asking South Korea and the United States to stop their combined military exercises.

Asked whether North Korea would still come to the table without having its preconditions met, Park said, "It is possible," according to Kim. The lawmaker added the NIS head qualified his words as a personal opinion.
(END)