WASHINGTON, Oct. 28 (Yonhap) -- The United States is reviewing the possibility of declaring a formal end to the Korean War from various angles, a ranking U.S. diplomat has said, according to a South Korea official visiting the U.S.

Mark Lambert, deputy assistant secretary of state for Korea and Japan, made the remark in a meeting with Lee Seok-hyun, vice chairman of South Korea's National Unification Advisory Council, according to Lee. The council offers policy recommendations to the South Korean president. 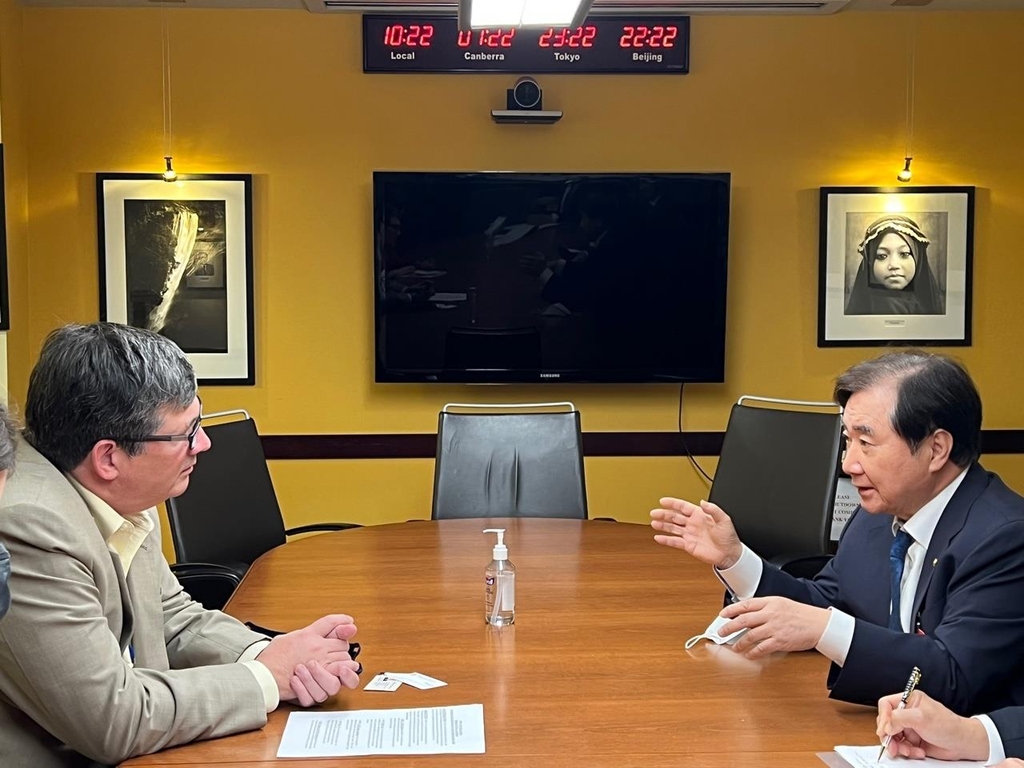 Lambert's remark comes after White House National Security Advisor Jake Sullivan noted possible differences between South Korea and the U.S. over when a declaration of the war's end could be or should be made.

"We may have somewhat different perspectives on the precise sequence or timing or conditions for different steps," Sullivan said earlier when asked if the U.S. believed an end of war declaration could help restart dialogue with North Korea.

South Korean President Moon Jae-in proposed declaring a formal end to the 1950-53 war as a catalyst to resume dialogue with the North.

Pyongyang has stayed away from denuclearization talks since 2019. It also remains unresponsive to numerous overtures for dialogue from the Joe Biden administration that came into office in January.

Lee said U.S. outreach to the reclusive North so far included a dialogue proposal through email.

"The U.S. continues to propose holding dialogue, even sending an email to North Korea in recent days, but North Korea is not responding," the South Korean official said while speaking with reporters in Washington, adding the North appears to be uninterested in talking directly with the U.S., at least for now.