The Defense Acquisition Program Administration (DAPA) said the project aims to develop the Close In Weapon System-II (CIWS-II) -- a ship-based gun capable of countering incoming attacks in the final stage of the Navy's multilayered interception program -- by 2027.

The Navy currently employs final-stage interception systems imported from the United States and the Netherlands.

The CIWS-II project will use domestically developed technologies to counter various types of threats, such as those from hostile sea skimming missiles and infiltrating high-speed boats, DAPA said.

Once developed, the system will be mounted on major naval ships, including destroyers currently in development under the Korean Destroyer Next Generation project. 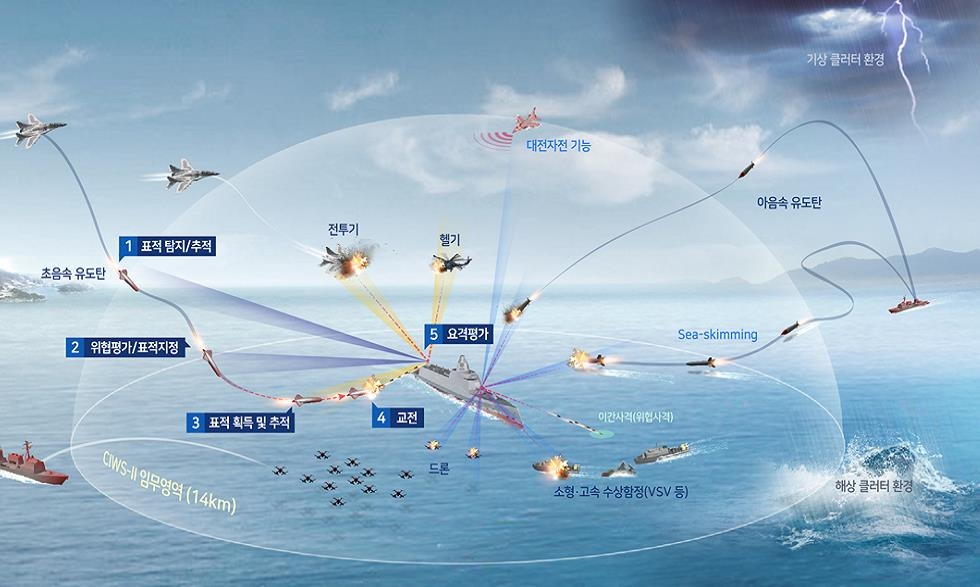