SEOUL, Oct. 29 (Yonhap) -- Hampered by a damaging off-field incident involving key players, the NC Dinos will not have a chance to defend their South Korean baseball title this year.

The Dinos, the 2020 Korean Series champions, were eliminated from the Korea Baseball Organization (KBO) postseason contention on Thursday. The Dinos fell to the KT Wiz 5-2 in the second game of a doubleheader, following a 1-1 tie in the opener.

They are the first defending champions to miss the postseason since the 2010 Kia Tigers.

The loss left the Dinos in seventh place at 66-67-9 (wins-losses-ties). The three teams above them, the Doosan Bears, the SSG Landers and the Kiwoom Heroes, will battle for the final two postseason spots on Friday and Saturday, the final day of the regular season.

Ties don't come into the equation when calculating winning percentages. In the above scenario, the Landers would finish at 66-64-14, and their winning percentage, 66 divided by 130 games that didn't end in a tie, would come to .508.

The Dinos would be 68-67-9, but their winning percentage would only be .504. They will not finish higher than sixth. 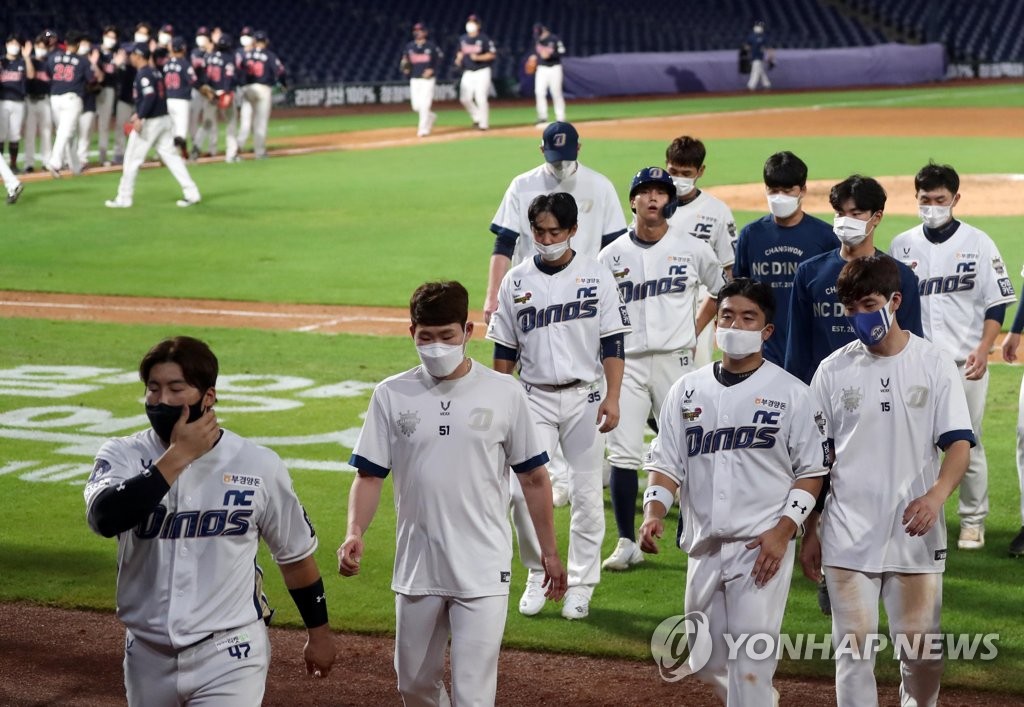 The 2021 season began with promise for the Dinos. They retained most of their championship core, including ace Drew Rucinski and outfielder Aaron Altherr. Another star outfielder, Na Sung-bum, stayed back with the Dinos after failing to land a major league deal during the posting process. Their young ace Koo Chang-mo wasn't available at the beginning -- he ended up missing the entire season with a broken elbow -- but they also didn't have him for the second half last year and did just fine. 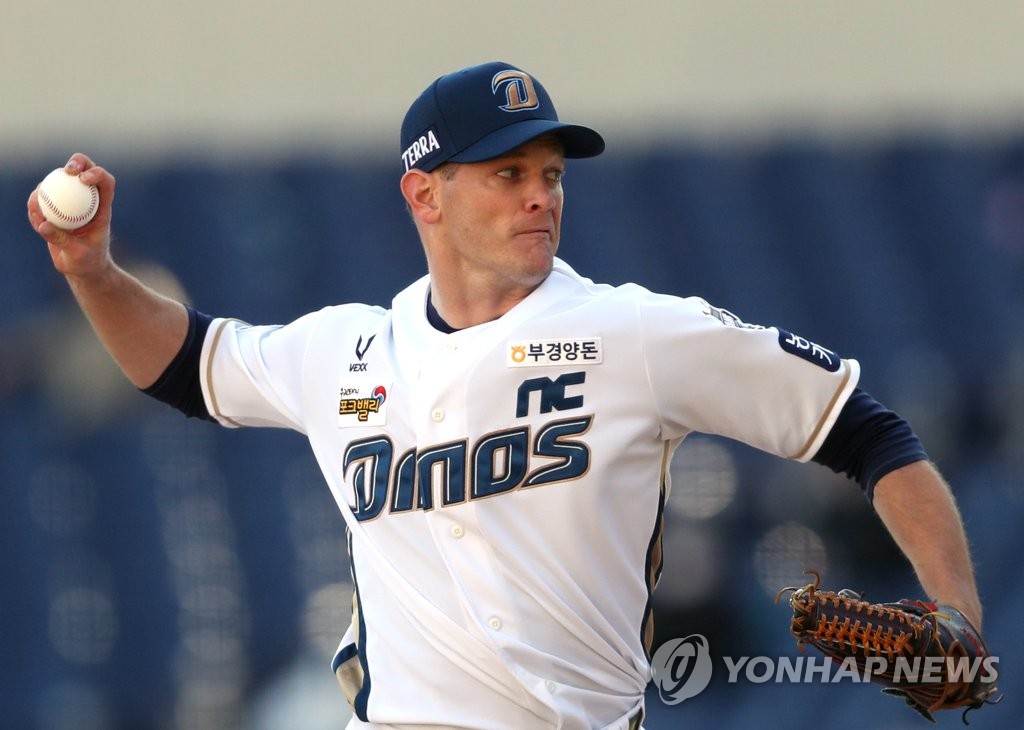 Then the bombshell dropped on them in July, with four players, including veteran third baseman Park Sok-min and All-Star second baseman Park Min-woo, getting suspended for 72 games after breaching COVID-19 protocols.

The Dinos had 70 games left on the 144-game season when the ban was handed out on July 16.

The quartet was found to have met with two outside guests for beers in a room at their road hotel in Seoul on July 5, at a time when private gatherings of more than four people were being banned in the capital city. Of the six people at the hotel room, only Park Min-woo, who had been fully vaccinated, escaped COVID-19 infection. The outbreak within the Dinos forced the KBO to postpone a week's worth of games in July, leading to a second-half calendar crunch. 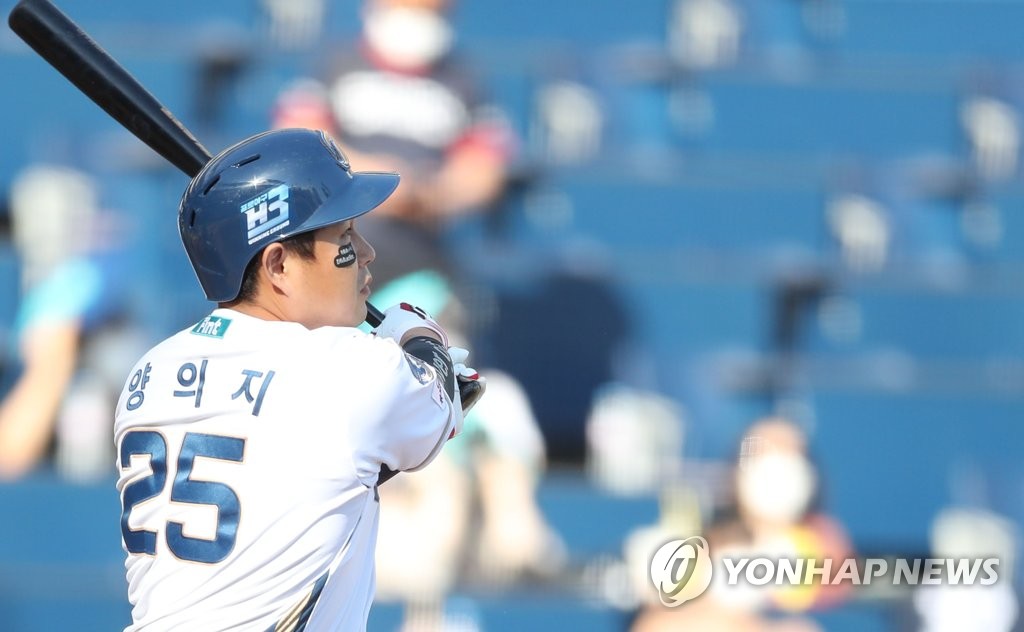 At the plate, perennial MVP candidate Yang Eui-ji has had another typically productive season, though he's been mostly limited to designated hitter duties because of lingering elbow issues. He leads the KBO with 109 RBIs, a .577 slugging percentage and a .989 on-base plus slugging percentage. Altherr and Na are tied for second in the league with 32 home runs each.

These gaudy numbers weren't enough, and the Dinos' dreams were dashed with two games left in the regular season.

The 2015-2016 Bears are the last back-to-back Korean Series champions. 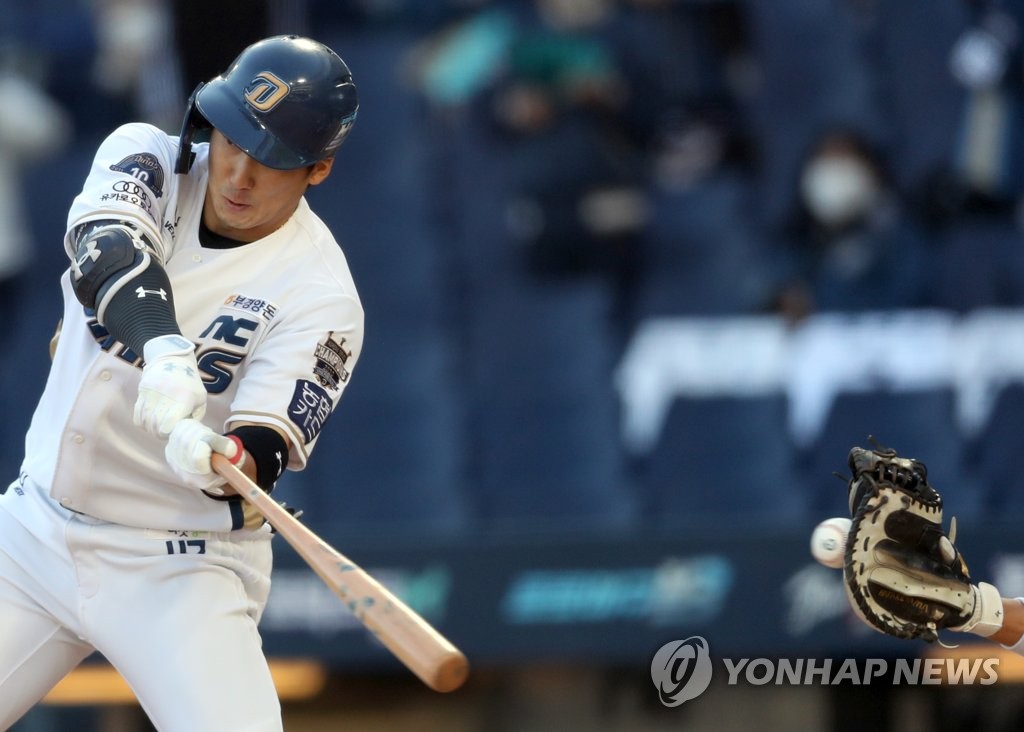