SEOUL, Oct. 29 (Yonhap) -- South Korea's new COVID-19 cases stayed above 2,100 for a second day in a row Friday, amid worries over a virus spike as the country is set to gradually lift a significant part of its antivirus measures, including fully resuming school classes.

The daily tally surpassed the 2,000 mark after 20 days Thursday. The daily infection tally has moved in the quadruple digits since July 7, including the record high of 3,272 cases on Sept. 25.

The recent spike in infections has spawned worries as the country is poised to relax the social distancing rules starting Nov. 1 in efforts to restore daily life back to the pre-pandemic days, buoyed by a rising vaccination rate. 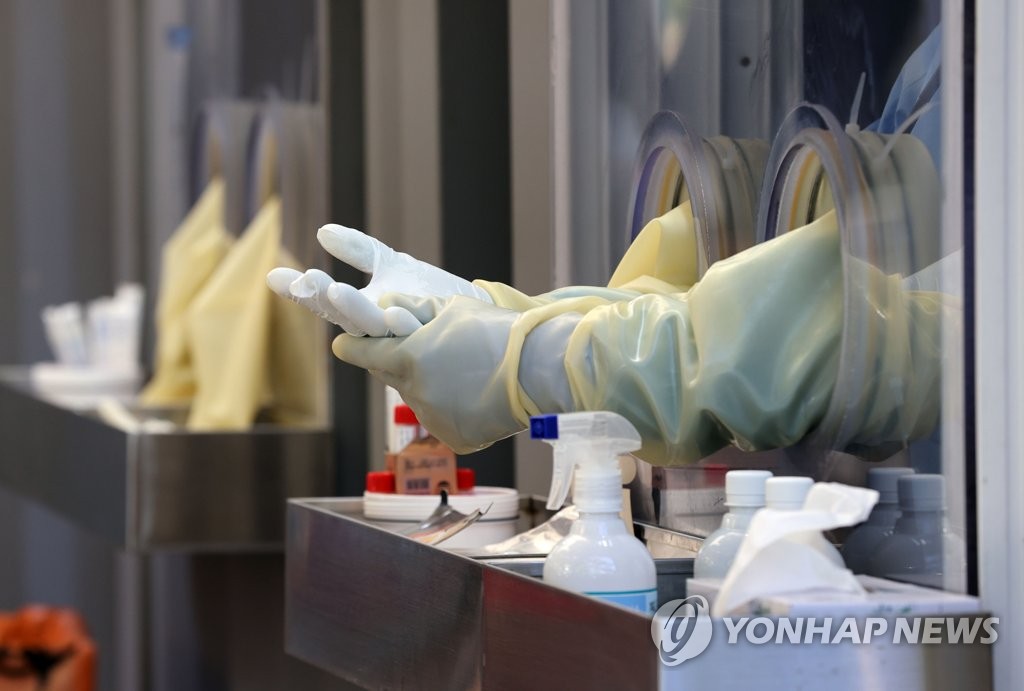 Hours earlier, the government announced the first phase of the "living with COVID-19" scheme to be imposed for the next four weeks, with the second and third phases to be implemented through December and January, as part of a broader plan to lift most of the virus restrictions by early next year

Under the new measures, starting next week, people will be allowed to gather in groups of up to 10 in the greater Seoul area and up to 12 in non-metropolitan regions, regardless of vaccination. Basic preventive measures like wearing masks indoors will stay in effect.

Restaurants and cafes, though, can have up to four customers if they are unvaccinated. Operation hour curfews for businesses will be fully lifted, except for nightlife establishments.

In the first phase, large-scale demonstrations and events will be permitted with an audience of up to 499, provided they are all vaccinated.

Over the second and third phases, gathering limits will completely be lifted, a move that will bring back large concerts and parties.

Prime Minister Kim Boo-kyum described the new scheme as "the first step toward the recovery of people's daily lives" but stressed it should be taken as a new beginning in the fight against the virus, not the end of it.

"We will make sure we are prepared to have more beds ready whenever there comes another big wave of the virus," Kim said, asking the public to stick to basic rules like wearing masks, regular ventilation and active testing.

The "vaccine pass" system, which requires visitors to have a vaccination certificate or negative test result, will be introduced for high-risk facilties, including bars, nightclubs, indoor gyms, karaoke establishments, nursing homes and public baths, with a grace period of one or two weeks.

Despite the planned easing of virus curbs, health officials have called for vigilance, given that increasing movements and activities, coupled with the Halloween season and the chilly weather, may help spur the virus surge.

About 41.03 million people, or 79.9 percent of the country's 52-million population, had received their first COVID-19 vaccine shots as of Thursday. The number of fully vaccinated people came to 37.59 million, or 73.2 percent.

Health authorities said Friday they plan to secure enough oral COVID-19 medications to treat some 404,000 infected patients from global drugmakers and distribute them starting in the first quarter of next year.

Thirty cases came from overseas, putting the cumulative total at 15,070.

The total number of people released from quarantine after making full recoveries came to 332,995, up by 2,142 from a day earlier, the KDCA said.