On Wednesday, the First Committee in charge of disarmament and security affairs approved 25 resolutions and decisions, including those related to the North, amid reports that the recalcitrant regime has been doubling down on its nuclear and missile programs.

Among the three resolutions is one entitled "Joint courses of action and future‑oriented dialogue towards a world without nuclear weapons." It includes provisions calling for the North to renounce nuclear arms.

"Other provisions would have the Assembly reaffirm its commitment to the complete, verifiable and irreversible abandonment of all nuclear weapons and existing nuclear programmes of the Democratic People's Republic of Korea (DPRK), in accordance with relevant Security Council resolutions," a summary of the committee session reads. DPRK is the North's official name.

"The Assembly would reiterate its condemnation of the six nuclear tests conducted by the Democratic People's Republic of Korea in violation of relevant Security Council resolutions and urge that country's full compliance," the summary said.

"It would welcome all efforts and dialogue to that end, including inter‑Korean summits and summits between the United States and the Democratic People's Republic of Korea," it added.

North Korea has been under multiple U.N. Security Council sanctions for its weapons programs, although it has not tested nuclear and long-range missiles since late 2017.

A North Korean delegate rebuked the resolution, claiming hostility from the United States is the cause of the instability of the Korean Peninsula.

The delegate, in a coverage document, cited the committee's adopting a "double standard" of criticizing North Korea, while keeping quiet on joint military exercises between the United States and "its servile forces," apparently referring to South Korea.

The resolution is expected to be officially adopted at a plenary meeting of the U.N. General Assembly in early December. 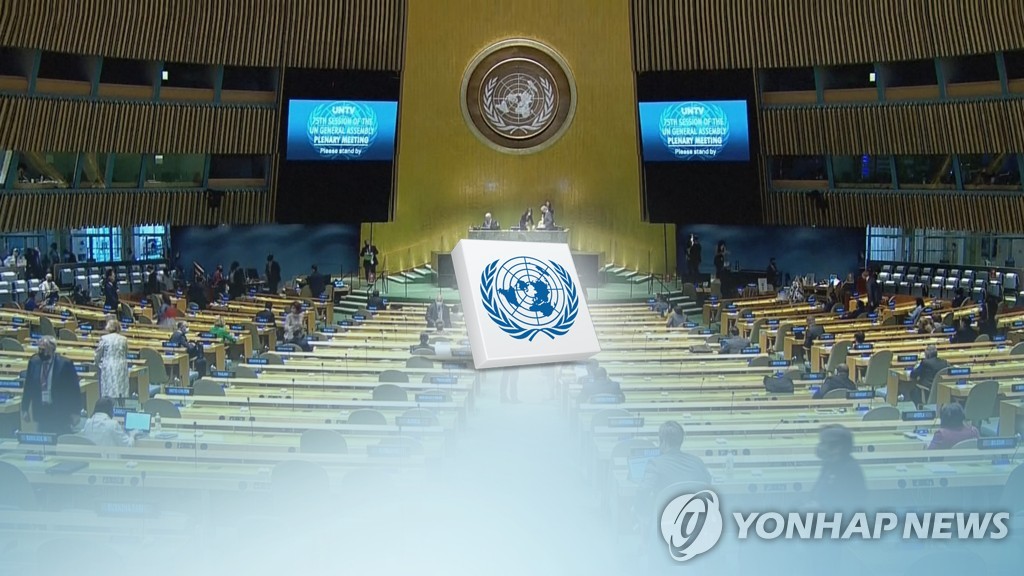 U.N. committee approves draft resolutions calling for N. Korea to give up nukes

U.N. committee approves draft resolutions calling for N. Korea to give up nukes