Two Army conscripts stationed in Paju, north of Seoul, tested positive after returning from their vacations, according to the ministry. A Marine based on the front-line island of Daecheongdo was also infected.

Other remaining cases included two Army officers based in the central city of Daejeon, and a trainee at a boot camp in Nonsan, some 200 kilometers south of Seoul.

The military said 10 of the new patients were infected despite being fully vaccinated.

Of the cumulative cases in the military, 1,971, or 97 percent, have been fully cured, with 64 still under treatment. 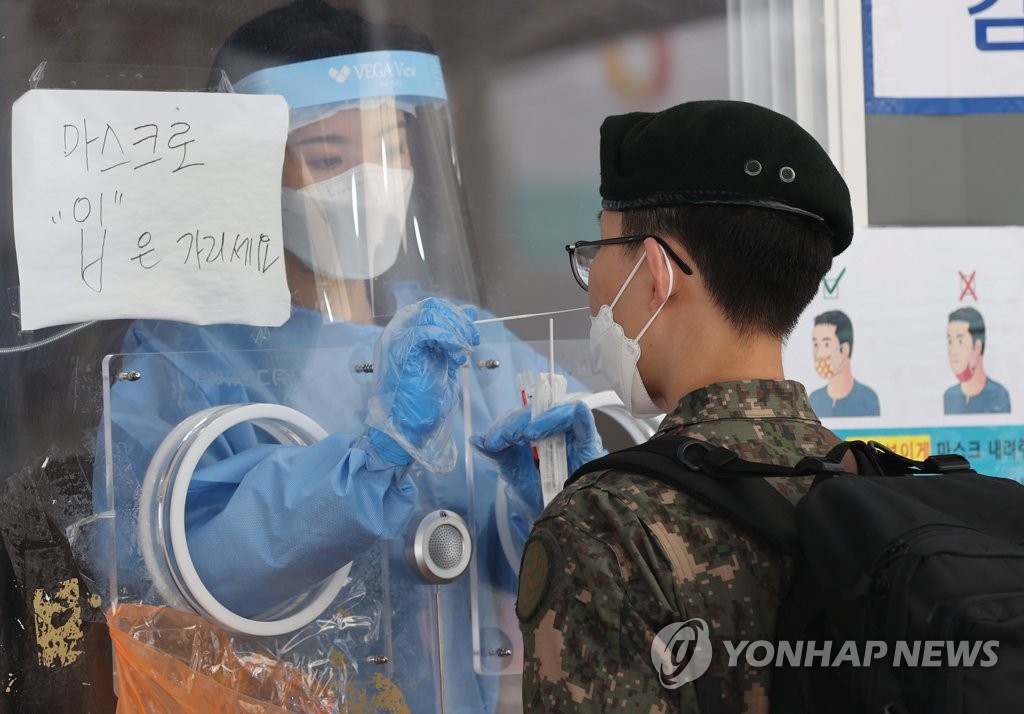