SEOUL, Oct. 29 (Yonhap) -- In one of the most chaotic finishes in South Korean baseball history, all five playoff positions will be determined on the last day of the regular season Saturday.

Through Thursday night's action, the KT Wiz and the Samsung Lions had the identical record of 75-58-9 (wins-losses-ties) at the top of the Korea Baseball Organization (KBO) standings. The LG Twins trailed them by 1.5 games. 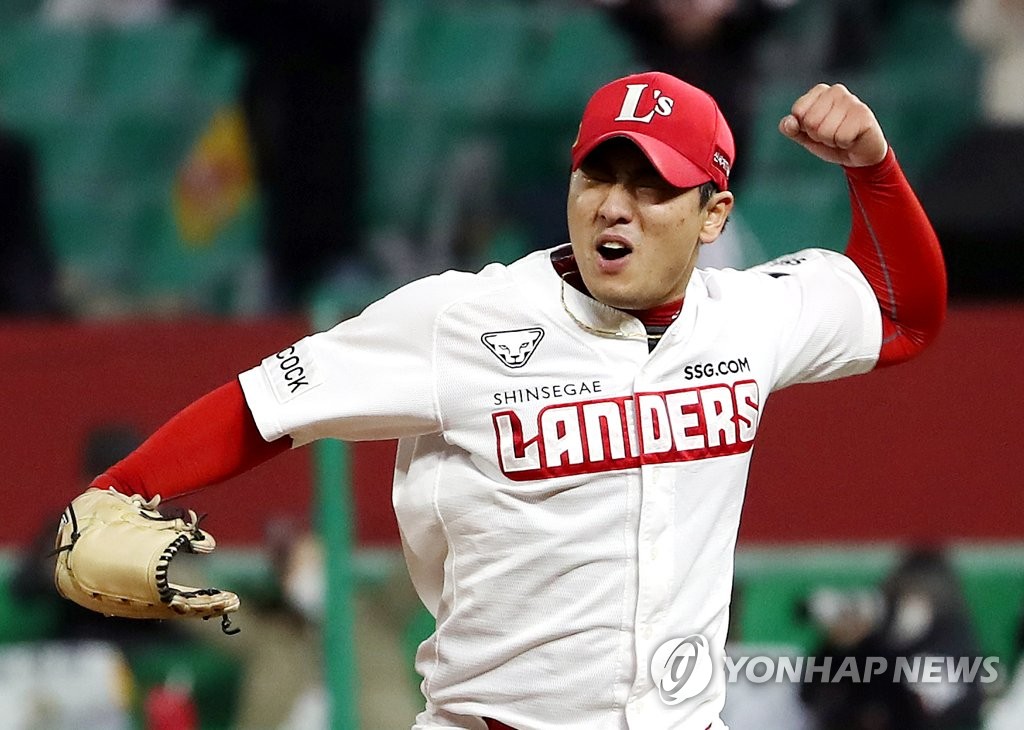 These three teams each have two games remaining, and they all have a chance to finish first and punch their direct ticket to the Korean Series. The No. 2 team will get a bye to the second round of the playoffs, while the third seed will advance to the first round.

The three clubs below them are fighting for the last two postseason spots. The Doosan Bears are in fourth place at 69-65-8, and the SSG Landers are a half game back at 66-63-14. The Kiwoom Heroes are one game behind the Landers at 68-67-7.

The fourth- and fifth-ranked teams will clash in the wild card game Monday to swing open the postseason.

The Bears would have locked down the fourth spot by beating the Landers on Thursday, but they blew a 2-0 lead in a 4-3 loss to create more late season drama.

The Bears still control their own destiny, as they have two games remaining compared with one game for the Landers. The Heroes also have two must-win games left. 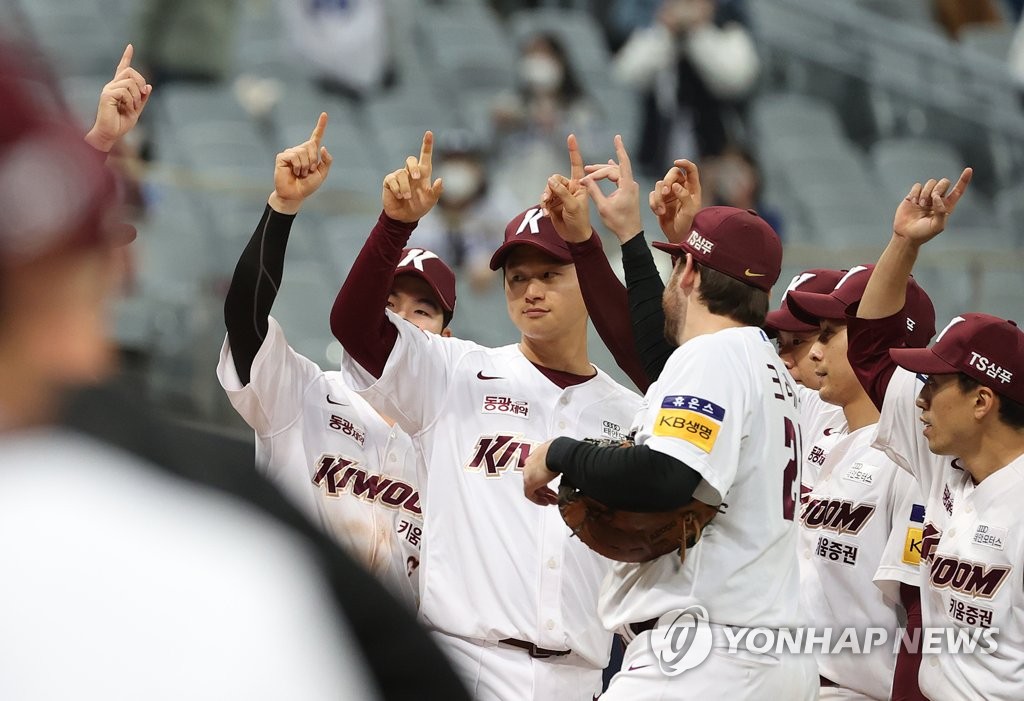 The defending champions NC Dinos were eliminated from playoff contention Thursday night, but they will still have a significant say on how the bracket shakes out. The Dinos' final two games will both be against the Lions, and they will have their two best starters, Drew Rucinski and Wes Parsons, lined up.

The Wiz will play the Heroes on Friday and the Landers on Saturday, the two opponents with a great deal at stake. 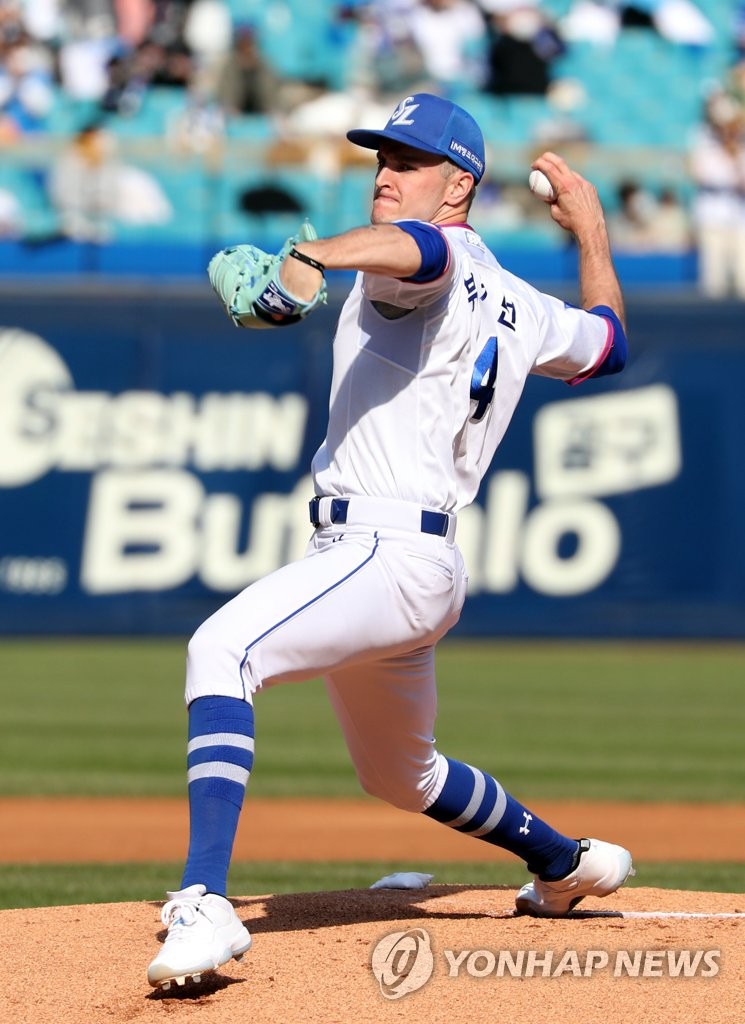 The Twins will close out with two games against the Lotte Giants, a non-playoff team against whom the Twins have gone 8-4-2 this year.

The Bears also have favorable matchups, as they finish off with games against the KBO's two worst teams -- the Kia Tigers on Friday and the Hanwha Eagles on Saturday. 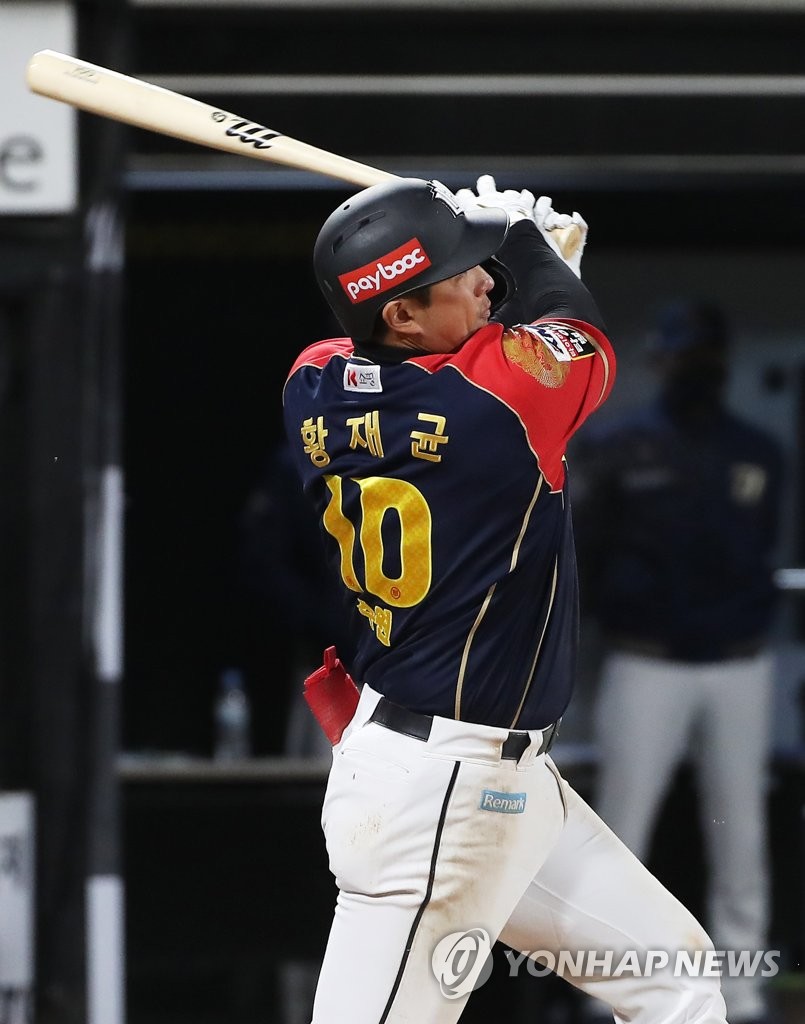