Cha Duck-chul, deputy spokesperson of the unification ministry, said that South Korea has detected signs indicating preparations for a trade resumption in the regions bordering China, such as the construction of a quarantine facility.

On Thursday, the National Intelligence Service (NIS) reported to lawmakers that the North is in talks with China and Russia to resume train operations across the border, and that those connecting Sinuiju and Dandong -- border cities of the North and China, respectively -- could resume as early as in November.

"It's hard to predict the exact date of their resumption. We will continue closely monitoring related movements," Cha told a regular press briefing. 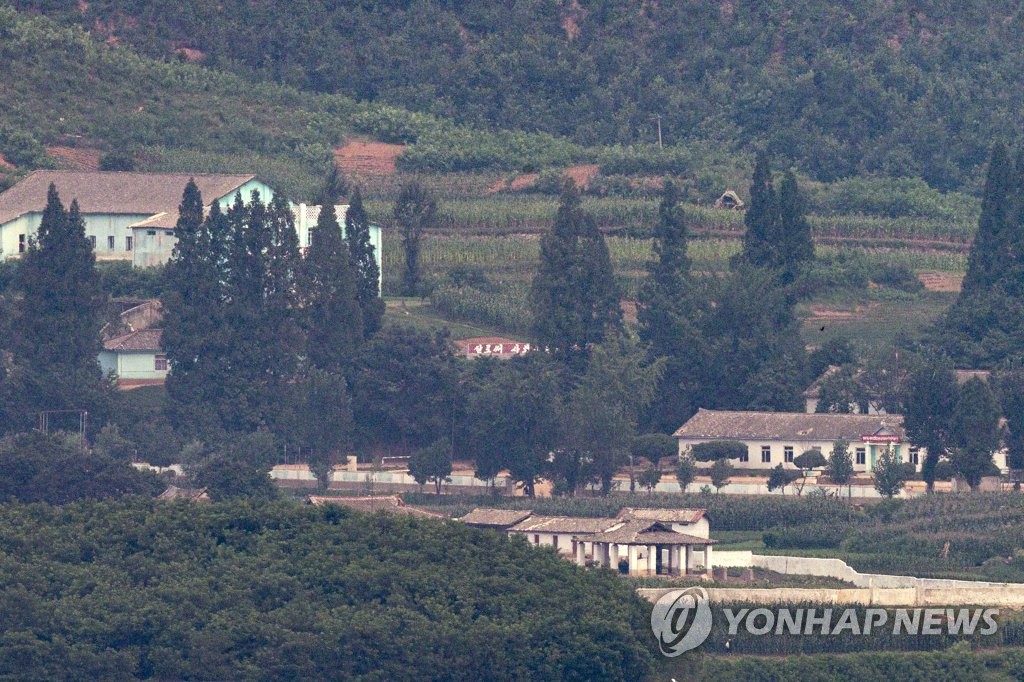 The North has recently reopened its sea routes to receive international organizations' medical supplies and other goods necessary for its citizens following a prolonged COVID-19 lockdown, which is thought to have taken a toll on its economy already hit by crippling sanctions.

Meanwhile, the ministry said the North appears to be continuing to elevate leader Kim Jong-un's political status as it's been 10 years since he took power in late 2011.

The NIS said the North has removed portraits of Kim's father and grandfather, former leaders Kim Jong-il and Kim Il-sung, respectively, from the backdrop of official meetings in an apparent move to depart from the shadow of his predecessors.

The North is also internally using the term Kimjongunism, like the former leaders' Kimilsungism and Kimjongilism, according to the spy agency.

"Kim has effectively secured a political status comparable to his predecessors," Cha said.