SEOUL, Oct. 29 (Yonhap) -- In a long-awaited decision, the South Korean baseball league announced Friday it will fully reopen stadiums for vaccinated fans for the postseason starting in November.

The Korea Baseball Organization (KBO) also said vaxxed fans will be able to eat and drink from their seats at open-air ballparks, something they haven't been able to do at games since the onset of the COVID-19 pandemic last year.

The KBO's move was in line with the government's decision from earlier in the day to steer the country toward normalcy. Among eased virus COVID-19 curbs is an increase in crowd capacity to 50 percent at outdoor venues, regardless of fans' vaccination status. 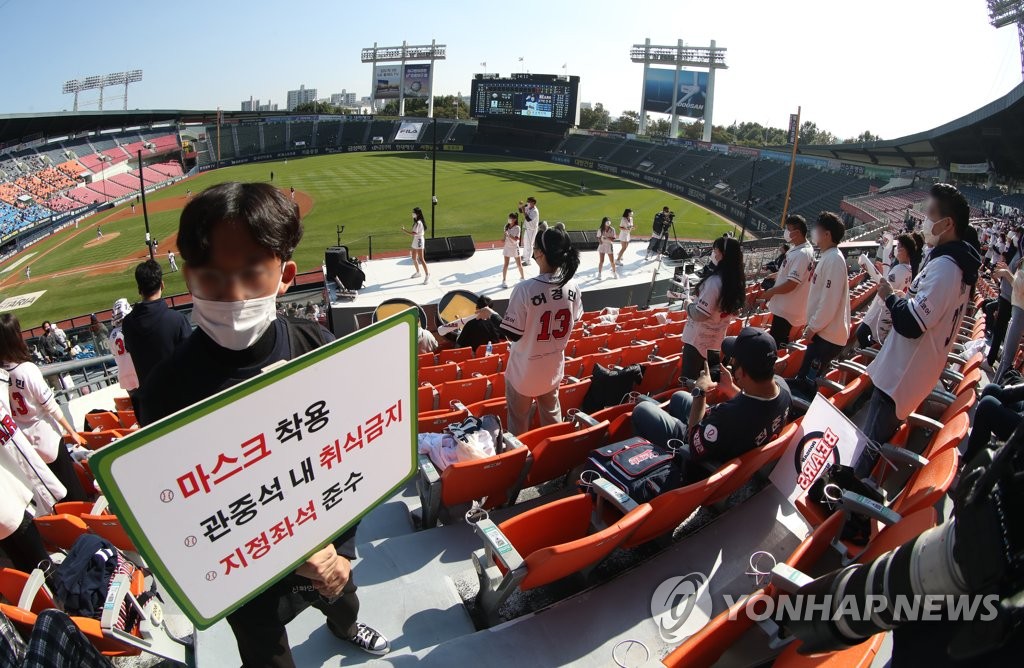 And to ensure an even safer viewing experience, the KBO chose to designate entire stadiums as "vaccinated-only."

The league will make exceptions for people under 18, for whom vaccinations only began last week. Those who haven't been vaccinated for medical reasons must present a doctor's note. They must also have tested negative for the virus within 48 hours of the game they're attending.

The postseason will begin Monday with the wild card game, and the Korean Series will start Nov. 14. To protect teams and fans from cold mid-November conditions, all games for the best-of-seven Korean Series will be played at Gocheok Sky Dome in Seoul as a neutral venue.

The KBO said eating and drinking from seats will not be permitted at the dome because it's an indoor facility.

For most of the season, KBO teams have had a 30 percent cap on their crowds. Those in the greater Seoul area kept their gates shut from July to October during the fourth wave of the pandemic, before the government allowed for a slight reopening -- 30 percent capacity, only for fully vaccinated fans -- starting Oct. 18. 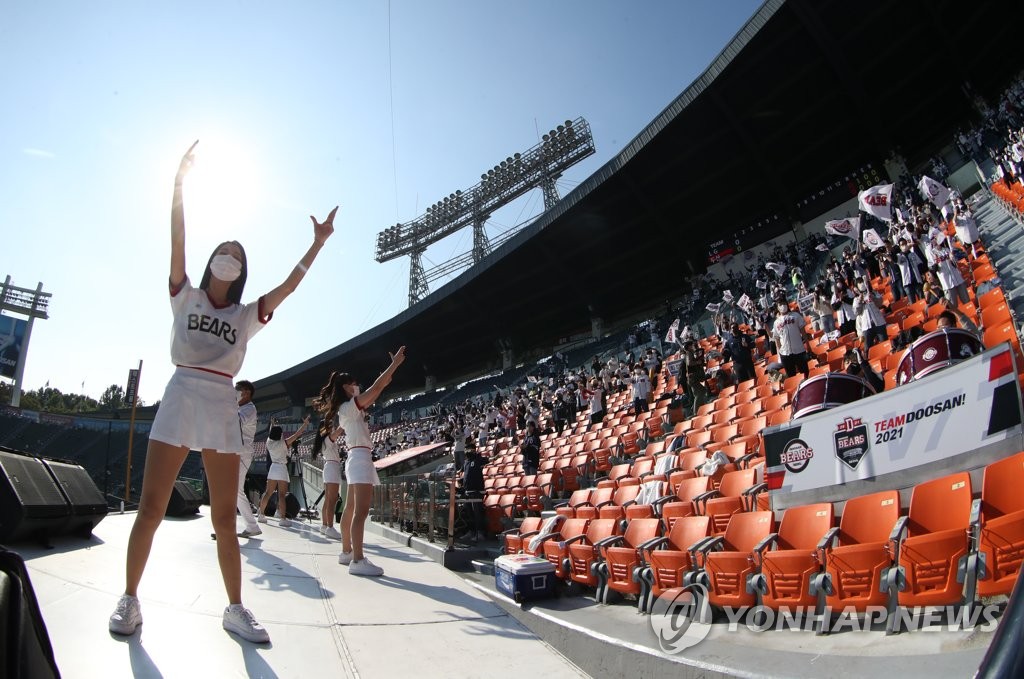