SEOUL, Oct. 29 (Yonhap) -- As South Korea tries to take baby steps back to normal life during the coronavirus pandemic, fan experience in baseball and football, two of the country's biggest sports, is about to change for the better, too.

For one, you can now have the ballpark staple of chicken and beer, colloquially called "chimaek," starting next week, if you're fully vaccinated.

The government on Friday unveiled plans for a phased return to normalcy amid the fourth wave of the COVID-19 pandemic. Those measures include increasing crowd capacities at sporting events to 50 percent at outdoor venues, effective as of Monday. 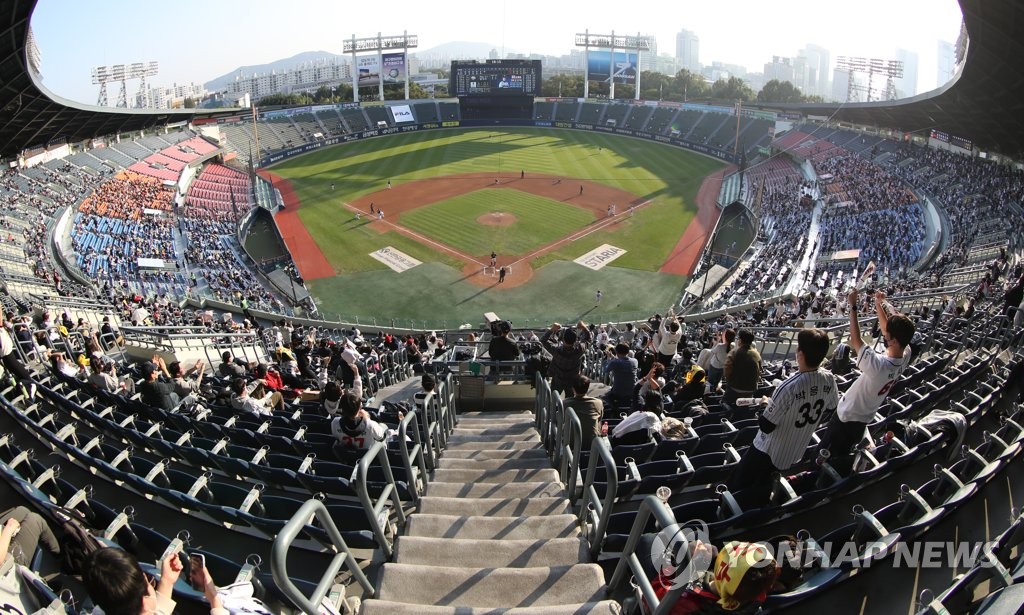 Presently, sports teams in the greater Seoul area can accept fans at up to 30 percent of their stadium capacities, provided that spectators are fully vaccinated. These teams had been playing in front of empty seats since the onset of the fourth wave in July, before the government granted slight reopening last week.

Those outside the capital region have been able to operate their stadiums at 30 percent capacity, regardless of fans' vaccination status, for most of the year.

While volleyball and basketball seasons are still young and meaningful games won't take place until spring, baseball and football teams will be playing their most important games of the year in November. And now they will get to have their showcases in front of sizable crowds.

And following Friday's announcement from the government, the Korea Baseball Organization (KBO) decided to completely reopen stadiums for fully-vaccinated fans, for the start of the postseason on Monday.

The league had a choice of operating stadiums at 50 percent capacity and designated a certain section for vaxxed people. To ensure safe experience at all venues, it decided to turn ballparks into "vaccinated-only" zones.

People with proof of vaccination or negative tests within 48 hours will also be able to eat and drink from their seats. Under a previous set of the league's health and safety protocols, fans had to find designated concessions areas to consume food. 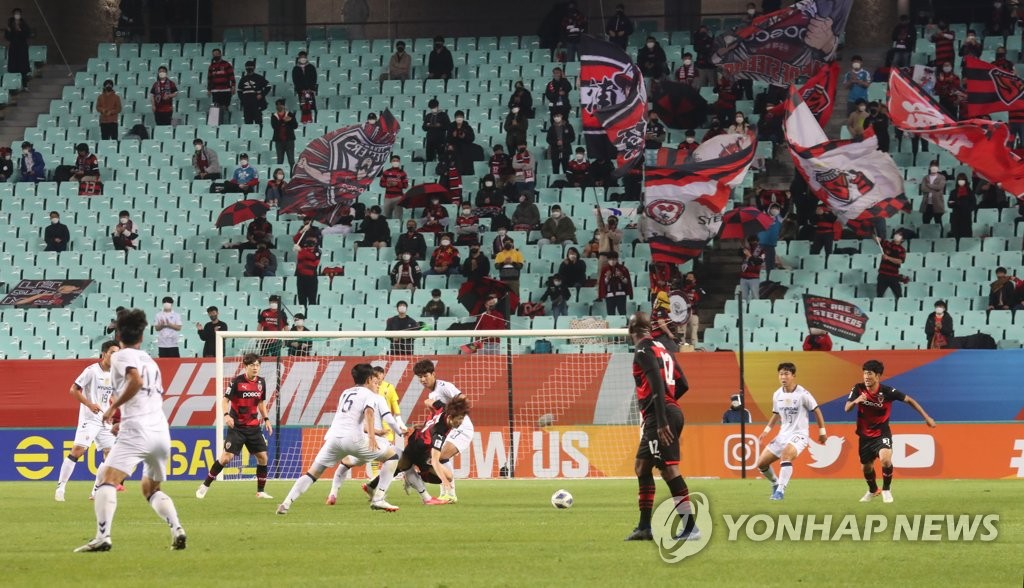 In the KBO, all five postseason spots will be determined on the final day of the regular season on Saturday. Despite such a tight pennant race, the KBO, once the undisputed No. 1 sports league in South Korea, has been struggling to stay relevant. Off-field scandals, including breaching of COVID-19 protocols by several players, have been cited as main reasons for declining TV ratings and growing apathy among fans. Even after stadiums partially opened back up earlier this month, teams in the capital region haven't filled their 30 percent capacity yet.

The KBO is now hoping that the intensity of the final portion of the regular season will carry over to the playoffs, so that fans will pack stadiums like good old days. 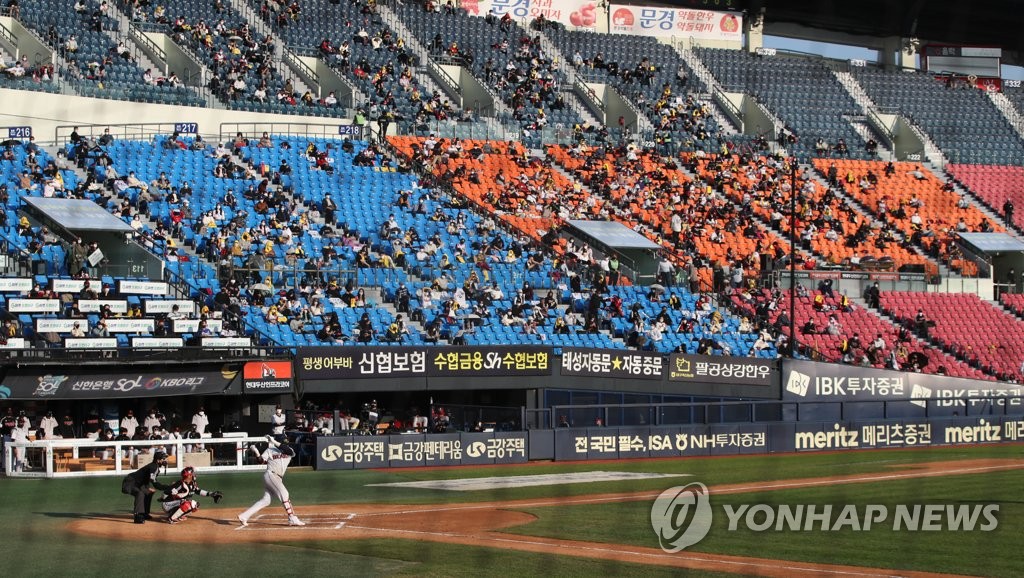 There are no playoffs in the top football competition K League 1, but the remaining five matches for its 12 clubs will be no less meaningful.

These teams have been split into two tiers: the top six in Final A and the rest in Final B. Starting Saturday, they will play five remaining matches within their own groups to finish off the season in December.

Those in the upper half will vie for the title and a ticket to next year's Asian Football Confederation (AFC) Champions League. The rest will try to avoid being relegated to the K League 2 for next year.

The league's two best clubs are both located outside the capital region. Jeonbuk Hyundai Motors, playing in Jeonju, some 240 kilometers south of Seoul, and Ulsan Hyundai FC, based in the namesake city located about 415 kilometers southeast of the capital, are duking it out for the title for the third straight year. They have had thousands of supporters for most of the matches this season, and those numbers should increase as the title race goes down the wire.

Their final showdown of the season will be Nov. 6 in Jeonju. The season wraps up on Dec. 5. 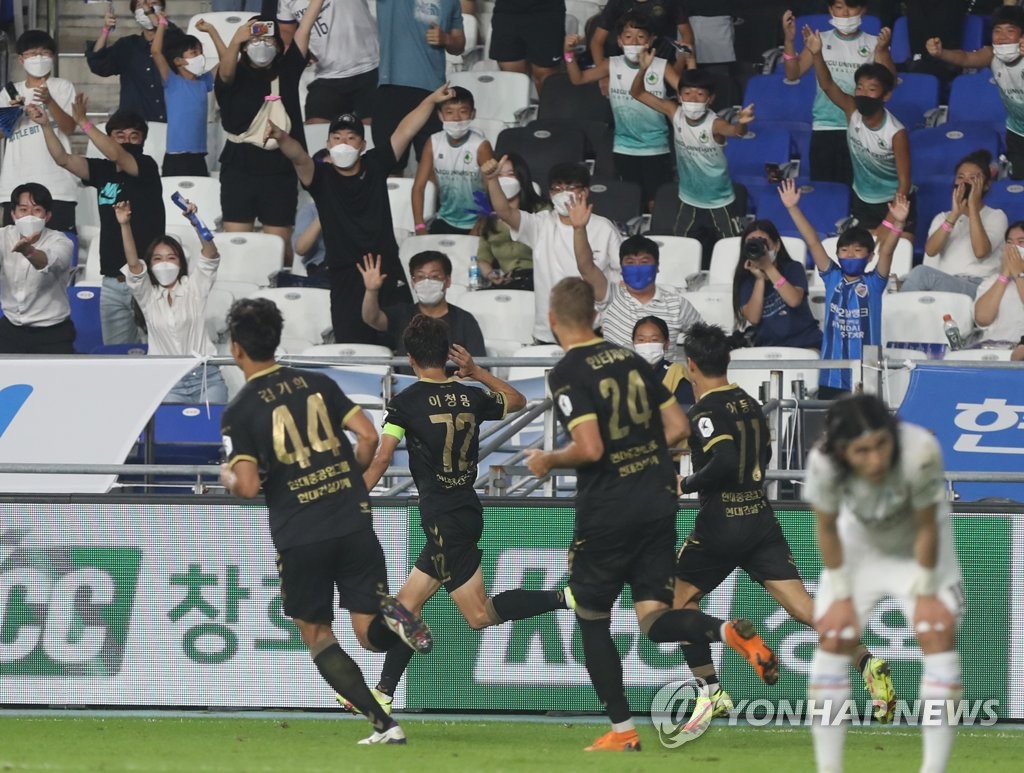