On Wednesday, Jung Jang-seon, mayor of the city where the UNC is headquartered, gave the Korean name Min Yi-young, to Mayer, and an honorary citizen certificate each to him and his wife, Sue Mayer.

The Korean name means "benefiting the people with brightness." The city chose the name and bestowed the citizenship on them "in recognition of their service, friendship and contribution to the city," the UNC wrote on Facebook.

A city official said that it is rare for the municipality to give a Korean name to a deputy UNC commander, highlighting his "special" relationship with Pyeongtaek.

"We made the decision on the symbolic name in light of his contribution to the alliance and security in the region," the official said. "The deputy commander also actively joined the 'Stay Strong' campaign to fight the COVID-19 pandemic in the city and other programs."

Mayer took the deputy UNC commander post in 2019. The UNC oversees the armistice that halted the 1950-53 Korean War. 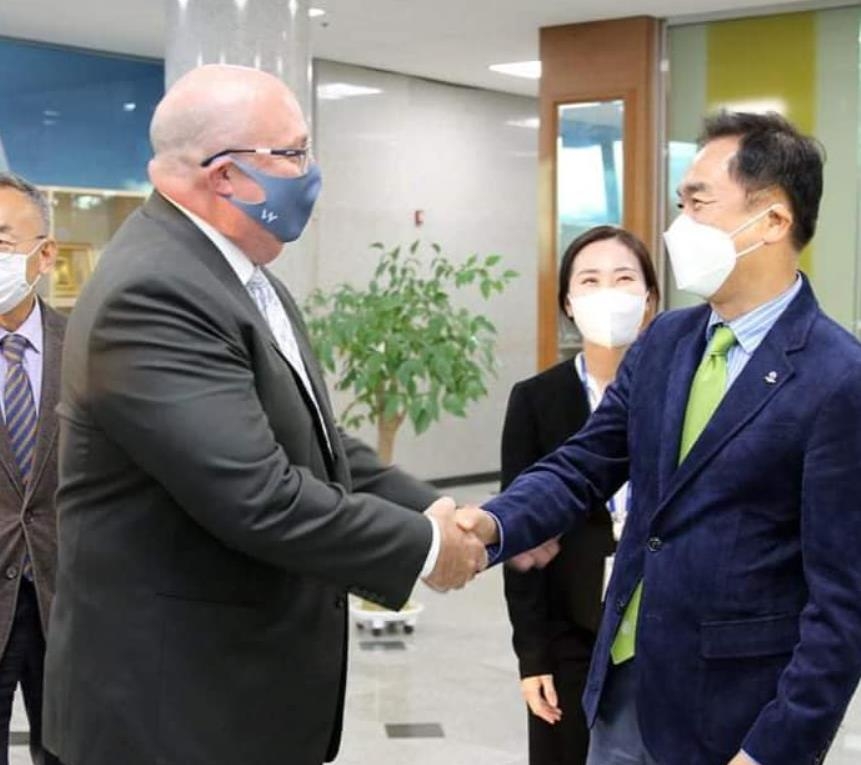