ANYANG, South Korea, Oct. 29 (Yonhap) -- An elementary school principal in Anyang was placed under emergency arrest Friday for allegedly installing a hidden camera inside a bathroom of the school's female faculty.

The Anyang Dongan Police Station said it was questioning the 57-year-old principal, who is alleged to have placed a 2-4 centimeter-long camera near a toilet inside the women's bathroom at his school in the city 23 kilometers south of Seoul.

A teacher reportedly discovered the camera and reported it to school authorities. Police officials who arrived at the school after receiving a report learned that the principal was actually the one who placed the camera.

The principal reportedly admitted to installing the camera but insisted that he had no sexual intention. Police said they were conducting a digital forensic analysis of the camera.

The Gyeonggi Province's education office said it relieved the principal of his duties and launched a probe into the incident.

The office also plans to proceed with measures to discipline the principal in accordance with the results of the police investigation. 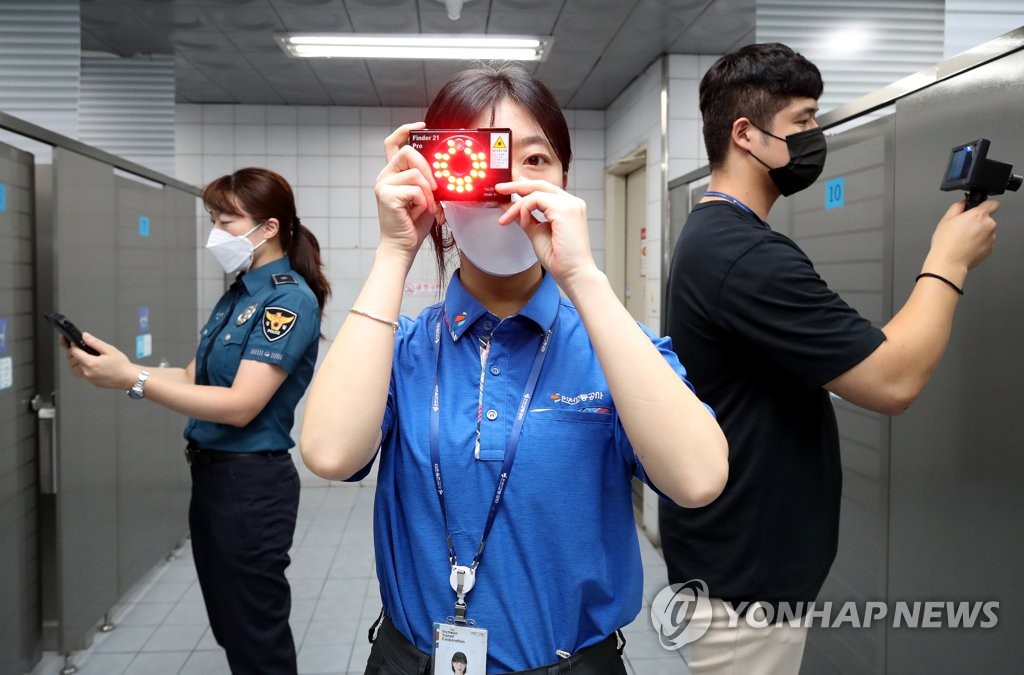