The Gallup Korea poll of 1,000 adults conducted between Tuesday and Thursday also showed 55 percent suspect that Lee Jae-myung, the presidential nominee of the ruling Democratic Party (DP), played a part in the development project in Seongnam, south of Seoul, with a purpose to give a special favor to a small private developer.

Thirty percent said Lee had no intention to give favors to the developer, the survey showed.

The case has been the hottest issue in the country as Lee was the Seongnam mayor at that time, and Yoo Dong-gyu, one of his close aides, was arrested earlier this month on alleged bribe-taking and breach of trust regarding the project. 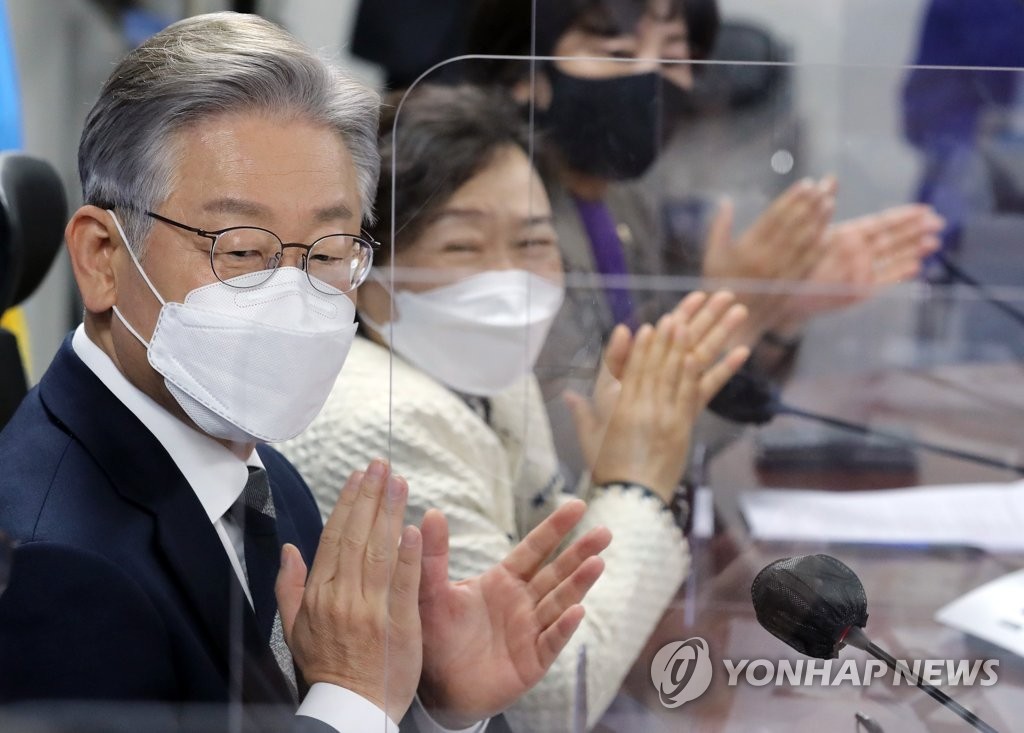