Net profit for the three months ended in September and soared to 38.5 billion won (US$33 million) from 7 billion won in the year-ago period, the company said in a statement.

"Last year, the won's strength against the dollar and losses resulting from the disposal of the company's stores in China were factored in the third-quarter bottom line. But there were no such factors in this past quarter," a company spokesman said over the phone.

In recent years, Amorepacific's outlets in China suffered declining sales due to the lingering impact of a diplomatic dispute between Beijing and Seoul over the deployment of the U.S. anti-missile system, called THAAD, in South Korea in 2017 and the prolonged COVID-19 pandemic.

Operating profit fell 10 percent to 50.3 billion won in the third quarter from 56 billion won a year ago due to sluggish overseas sales, the statement said.

From January to September, net profit nearly tripled to 235.3 billion won from 80.8 billion won during the same period of last year. 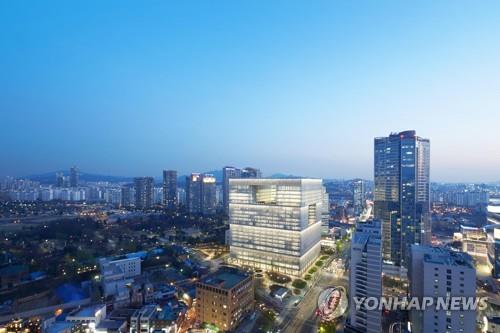