ROME, Oct. 29 (Yonhap) -- South Korean President Moon Jae-in on Friday asked Pope Francis to visit North Korea to bring peace on the Korean Peninsula, and the pope positively reacted to the offer, saying he is willing to do so if he receives an invitation from the North, an official said.

Moon made the offer during a meeting with the pope at the Vatican earlier in the day, saying a papal visit to North Korea will serve as momentum for bringing peace on the Korean Peninsula.

"If the pontiff visits North Korea when an opportunity arises, it will be momentum for peace on the Korean Peninsula," Moon told the pope, according to presidential spokesperson Park Kyung-mee.

The pope encouraged Moon, saying, "I am willing to go there for peace and help all of you if (North Korea) sends a letter of invitation," according to Park. 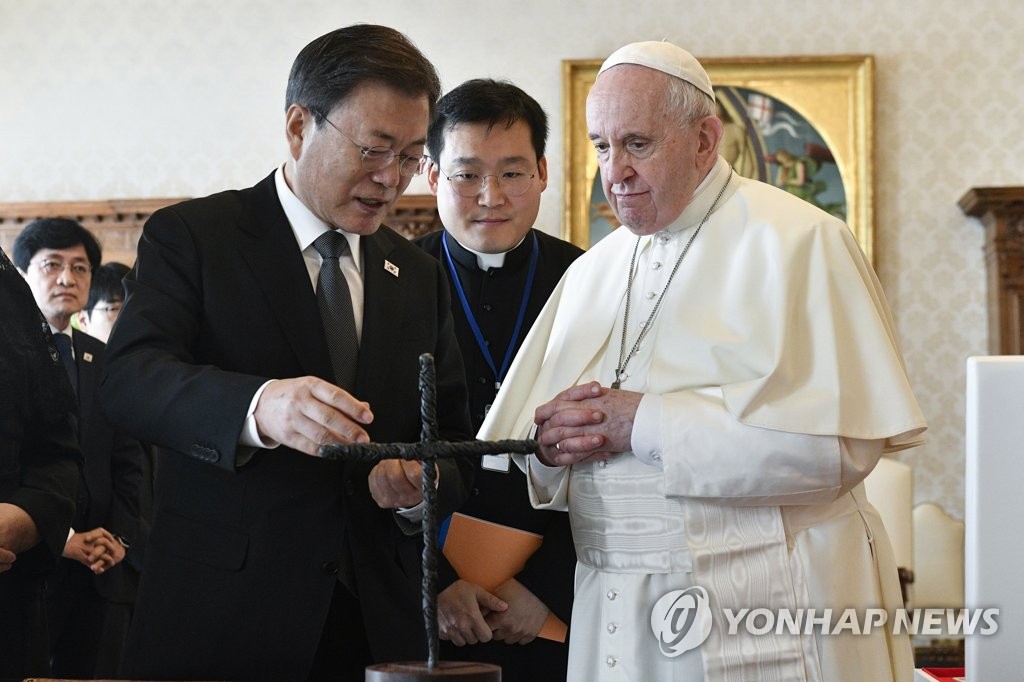 Moon and the pope also exchanged views on the COVID-19 pandemic, climate change and other pending issues, Park said.

No pontiff has ever visited North Korea, which has no formal diplomatic relations with the Vatican.

The pope has called for peace on the peninsula and previously expressed a willingness to visit North Korea.

During a meeting with the pope in 2018, Moon delivered a verbal invitation from North Korean leader Kim Jong-un, and the pope said at the time he was willing to visit the North if Pyongyang sends him an official invitation.

No further progress, however, has been made amid a deadlock in talks between the North and the United States.

Moon arrived in Rome on Thursday for the meeting with Pope Francis and the Group of 20 Leaders' Summit over the weekend. 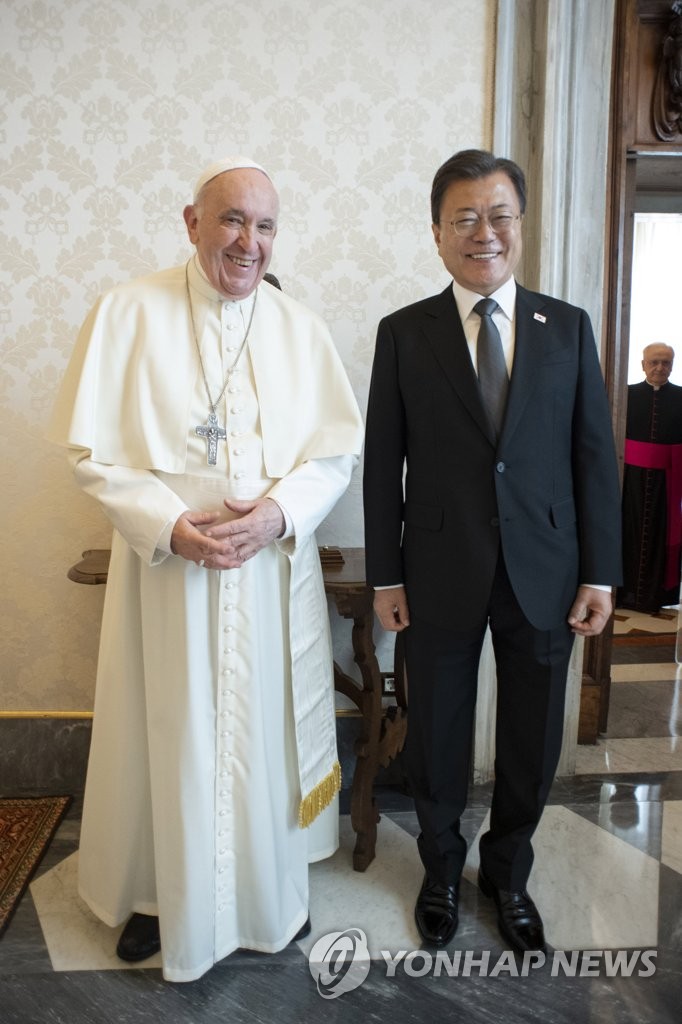 During the private audience, Moon delivered a gift -- the peace cross made out of scrap barbed wire from the Demilitarized Zone (DMZ) separating South and North Korea -- to the pope.

Citing a phrase of the Bible that states ploughshares were made by melting swords, the gift stands for peace on the Korean Peninsula, Moon told the pope.

The 4-kilometer-wide DMZ has divided the two Koreas since the 1950-53 Korean War ended in a truce, not a peace treaty.

In the wake of Moon's visit to Rome, South Korea's unification ministry is holding an exhibition at the Church of St. Ignatius, which displays 136 crosses made of old fences from the DMZ.

The number 136 is double the 68 years the two Koreas lived through, divided, since the Korean War.

Moon and first lady Kim Jung-sook visited the exhibition and joined a torch-lit event that highlighted hopes to receive global support and create a consensus on the need to build permanent peace on the Korean Peninsula, the presidential office said.

The exhibition is expected to help garner global support for peace on the Korean Peninsula as global leaders gathered at Rome for the G20 summit, it said.