ROME, Oct. 31 (Yonhap) -- President Moon Jae-in on Sunday pledged that South Korea will compete the phaseout of coal-fired power generation by 2050 and contribute to achieving carbon neutrality on a global level.

Moon made the remarks as the leaders of the Group of 20 countries gathered for the second day of the Rome summit, their first in-person gathering since the COVID-19 pandemic, with attention focused on whether they will reach a meaningful agreement on how to fight global warming.

"In line with the carbon neutrality target, the Republic of Korea will complete the phase-out of all coal-fired power generation by 2050," Moon told the summit. 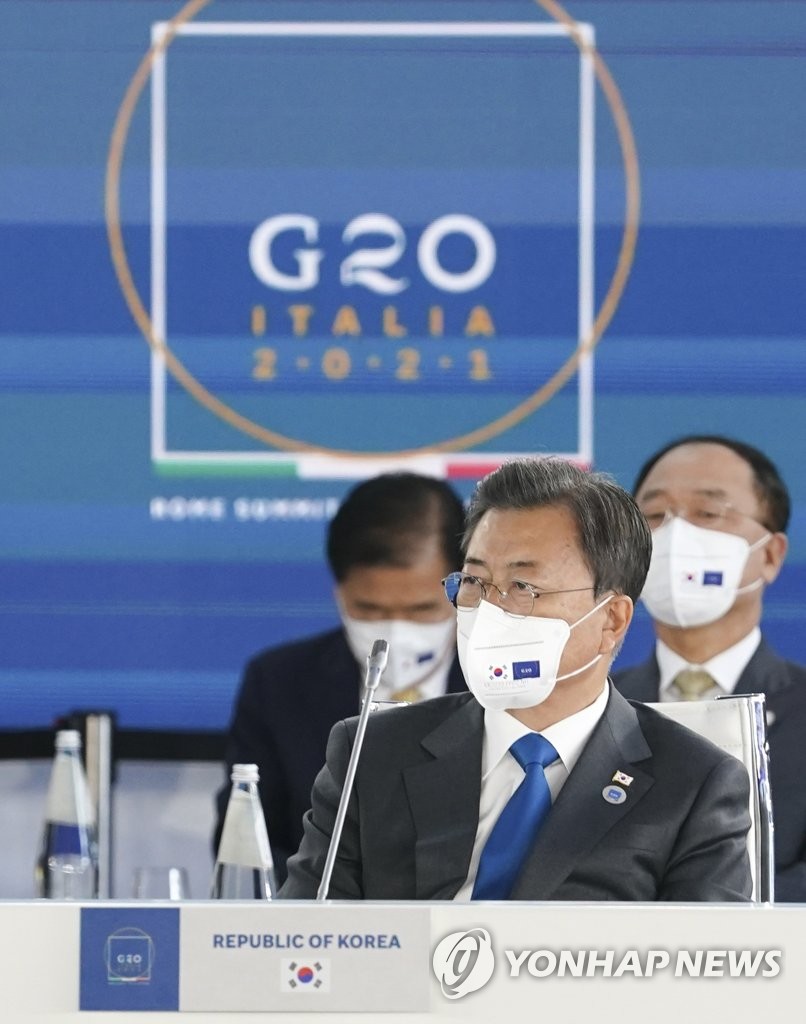 Earlier this month, South Korea finalized a decision to reduce its greenhouse gas emissions by 40 percent from the 2018 levels by 2030, sharply raising its previous goal as part of efforts to curb the pace of climate change.

South Korea also confirmed that it will achieve carbon neutrality by 2050, as the nation started tackling the challenge of responding to climate change and attaining sustainable growth simultaneously.

South Korea will continue to increase its development aid to developing nations to help them develop non-polluting production and energy sources, Moon said.

"The Republic of Korea will bolster cooperation with developing nations for their digital transition and green transition," Moon told the summit.

While the first day of the G-20 summit focused on the pandemic and economy, the second and final day of talks will focus on climate change.

Although expectations are low, G-20 leaders have been trying to project unity in phasing out coal and limiting global warming to 1.5 degrees Celsius.

Scientists said the timing of the 1.5 C rise in the earth's temperature is very likely to come before 2040, a decade faster than an earlier prediction, if greenhouse gas emissions remain at current levels.

The G-20 summit is seen as a precursor to next week's bigger U.N. climate conference called the COP26.

South Korea's decision to reduce emissions will be reported during the COP26 talks, officials said.

After Italy, Moon will visit Glasgow, Scotland, to attend the U.N. climate summit, where he will deliver a keynote speech. 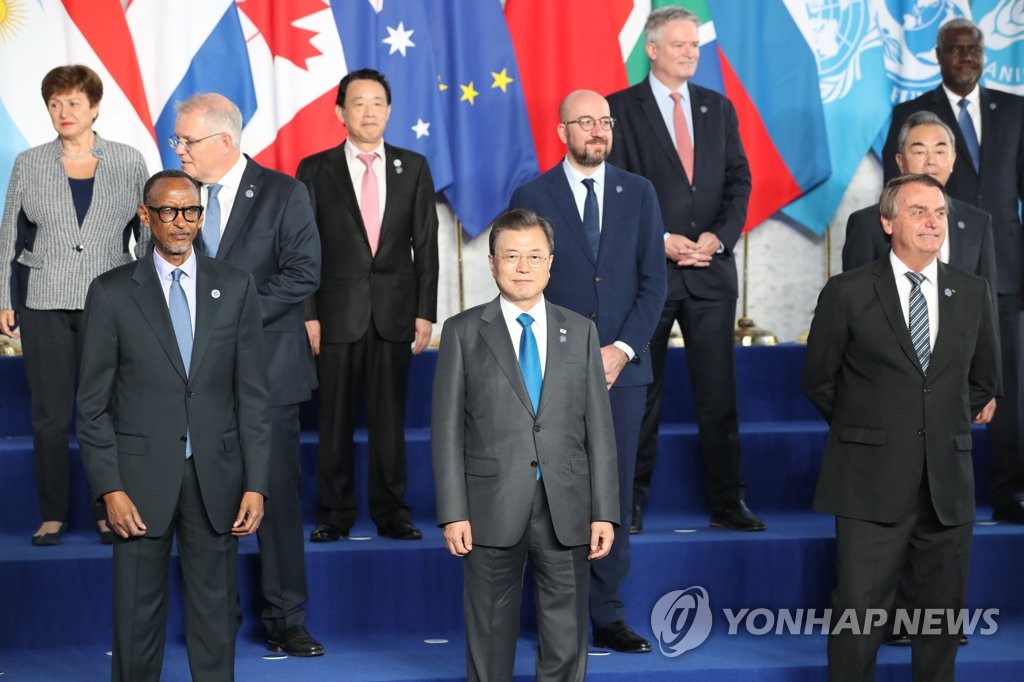 (LEAD) At G-20, Moon pledges to complete phaseout of coal power plants by 2050

(LEAD) At G-20, Moon pledges to complete phaseout of coal power plants by 2050