The agreement was part of a joint statement that Moon and Morrison announced after holding a bilateral summit on the sidelines of the G-20 summit in the Italian capital, according to presidential spokesperson Park Kyung-mee.

Under the agreement, Australia will share its technology for carbon capture, utilization and storage (CCUS) with South Korea.

This year, Seoul will provide support for hydrogen use by both South Korean and Australian companies, the statement said.

Moon and Morrison agreed that synergy can be created between South Korea's hydrogen-fueled vehicle technology and Australia's hydrogen energy production.

During the meeting, Moon and Morrison noted that the two sides are commemorating the 60th anniversary of establishing diplomatic ties this year. 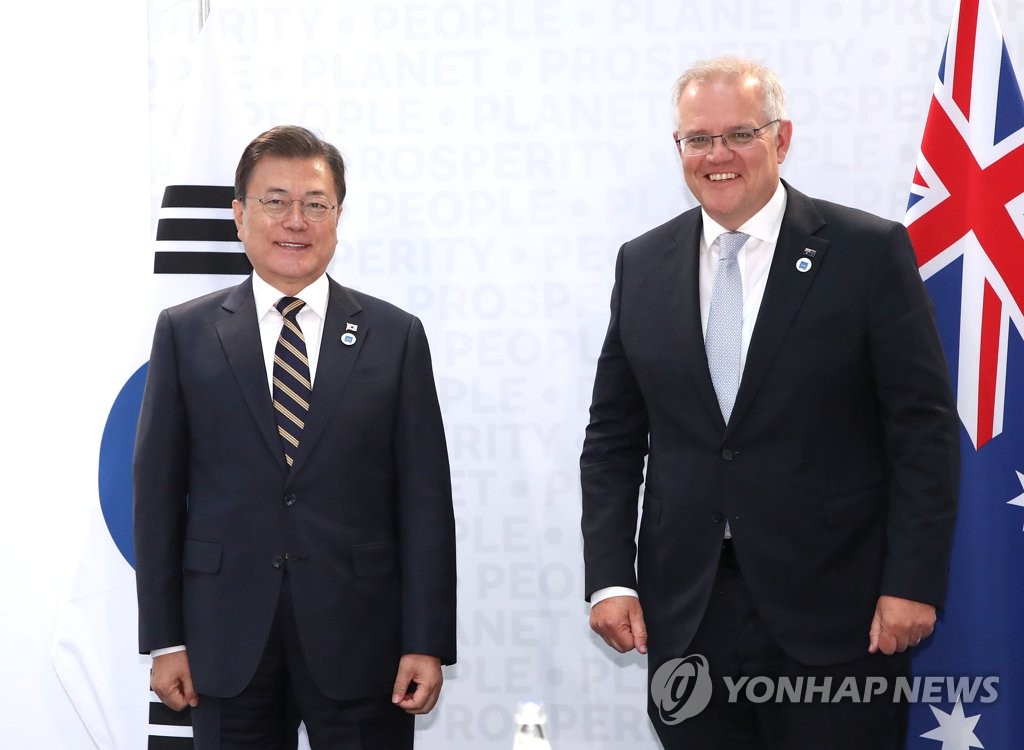