SEOUL, Nov. 1 (Yonhap) -- Ahn Cheol-soo, leader of the minor opposition People's Party, declared his third presidential run Monday, shaping the upcoming presidential election as a four-way race and raising questions on whether he would ultimately unify candidacy with other contenders.

Ahn, 59, declared his bid for the March 9 presidential election at the National Assembly, highlighting his vision with safety, future and fairness. The party's election candidate management committee will receive applications for its primary for the next two days, but Ahn is very likely to be its sole candidate. 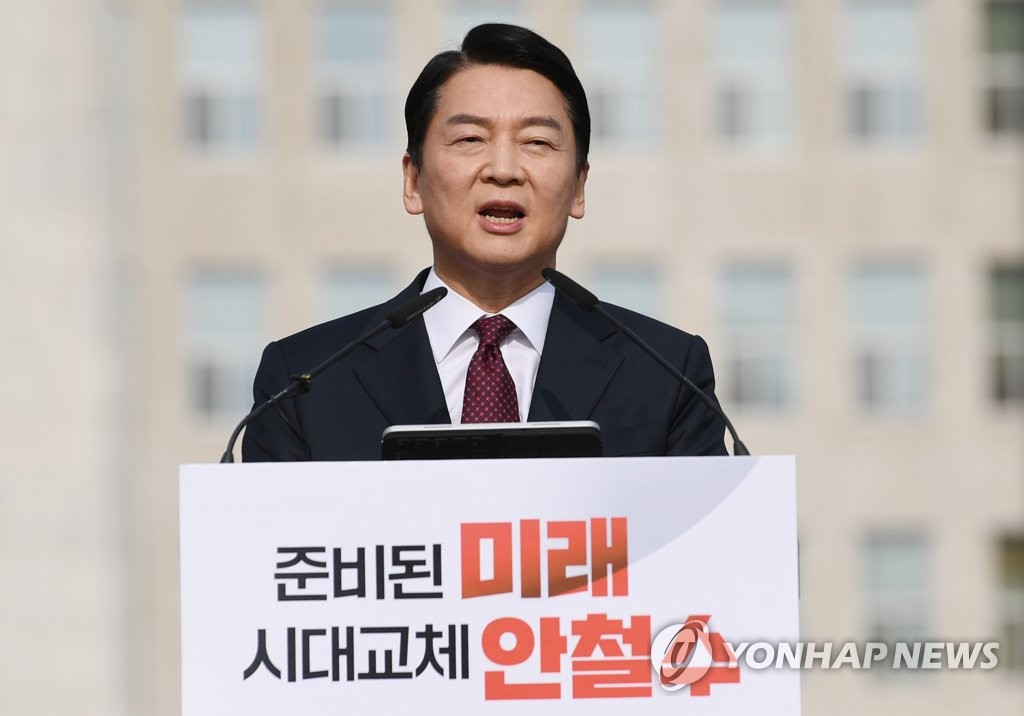 Ahn added that he will build a country that boasts science and technology innovations, with technocrats.

He claimed that people are despaired over existing political groups, emphasizing that he is the only candidate who can finish the term as the cleanest president without corruption.

Ahn also said he will receive mid-term evaluation from people if he becomes the president and that he will resign if his approval rate does not reach 50 percent or more.

When asked about chances of fielding a unified opposition candidate in the upcoming presidential election, Ahn said his goal is to get elected and he will be the one to change the regime.

This is the third time that the former medical doctor and software entrepreneur has announced his bid for the presidency.

In November 2012, Ahn withdrew from the race less than a month before the election, giving his support to Moon Jae-in, then candidate of the main opposition party. He ran again in the 2017 election and finished third with 21.41 percent of votes.

The PPP's nominee will likely be either former Prosecutor-General Yoon Seok-youl or Rep. Hong Joon-pyo. The party is scheduled to elect its nominee on Friday.

The political community will likely watch whether Ahn will form an alliance with the PPP or other parties.

In April, Ahn competed against Oh Se-hoon of the PPP to become the single opposition candidate for the Seoul mayoral by-election but lost to the latter. He then sought for the merger of his party and the PPP, but it ended up in a no deal.