SEOUL, Nov. 1 (Yonhap) -- A total of 1,289 people in violation of anti-COVID-19 rules were caught in the past three days at Halloween parties and private gatherings across the country, police said Monday. 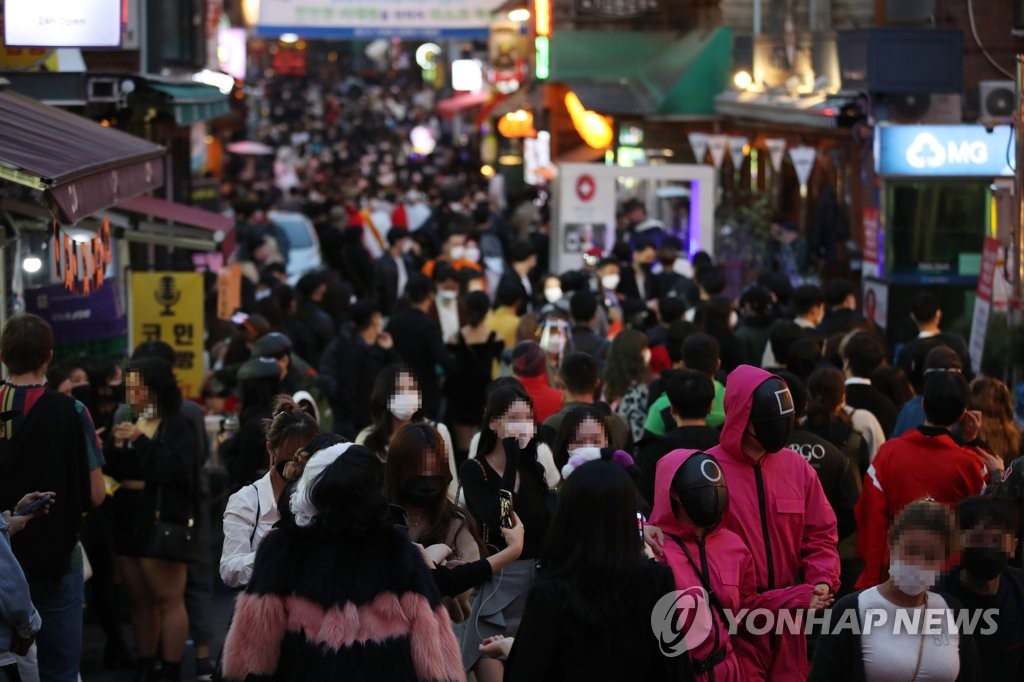 According to police, Seoul's Itaewon district, well-known for its bars and other nightlife establishments, was the most popular area among Halloween partygoers, visited by some 170,000 people over the Friday-Sunday period, according to the police.

A restaurant in Gangnam, another popular nightlife district in southern Seoul, was busted for illegally turning the place into an unregistered nightclub. More than 230 people at the restaurant were caught.