SEOUL, Nov. 1 (Yonhap) -- South Korean multiplex operators have braced for a long-awaited comeback of the audience to movie theaters as a gradual return to normalcy from the COVID-19 pandemic started Monday.

The local health authorities earlier announced plans to go ahead with the "living with COVID-19" scheme from the first day of November, phasing out coronavirus restrictions such as nighttime curfews on cafes, restaurants, theaters and other multiuse facilities. 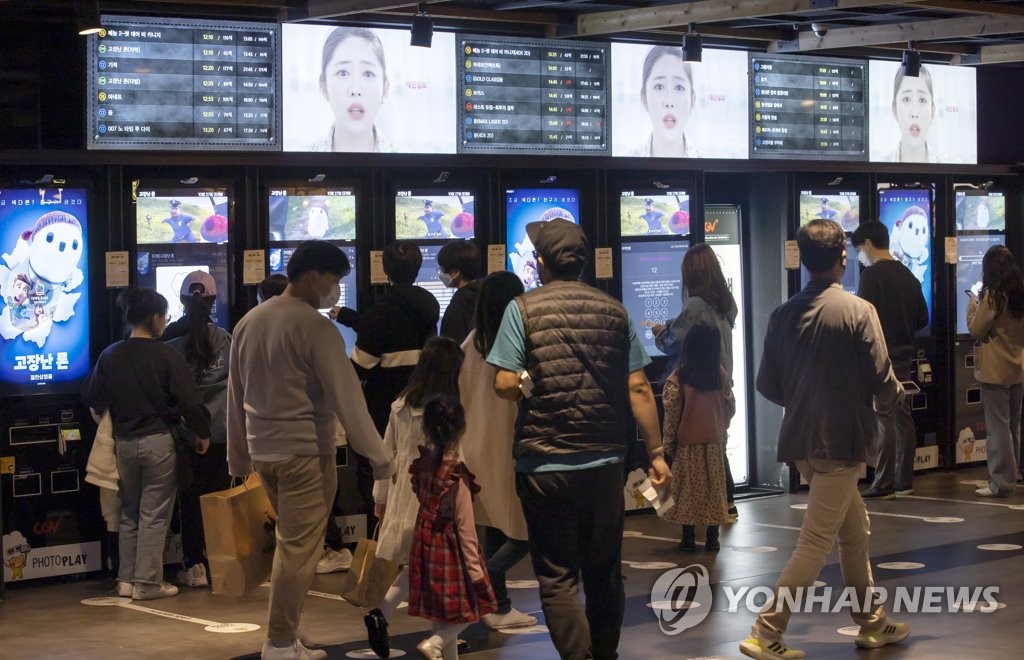 Leading multiplex chains CJ CGV and Lotte Cinema said they are running "vaccine pass" theaters for fully vaccinated people, where they do not have to sit at a certain distance and can have popcorn and sodas while viewing films.

Visitors are required to present a vaccination certificate or negative test result to theater officials before entering such theaters, according to companies.

"We have 20-30 percent of vaccine pass cinemas out of total screens, starting to operate from today," said an official from CGV. "It is a meaningful step that cinemas are on their way to normal."

Late-night movie sessions that start at 10 p.m. and end after midnight also resumed, as there are no restrictions on business hours of movie theaters.

"The late-night screenings were popular during holidays before the COVID-19 pandemic," said the CGV official. "We expect the resumption of nighttime cinemas will bring many movie fans who want to see films after work hours back to theaters." 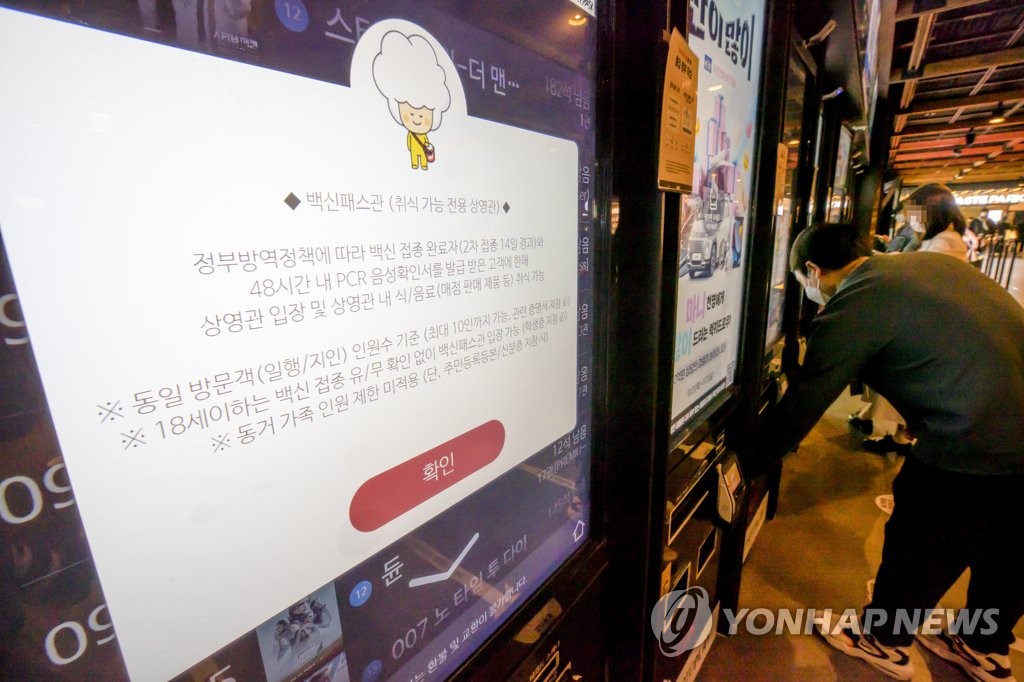 Against this backdrop, the state-run Korean Film Council (KOFIC) is issuing discounted cinema tickets worth 6,000 won (US$5.11) from Monday as part of the government-led consumption boosting plans.

The coupons are available at 521 theaters nationwide, including at major multiplex chains such as CGV, Lotte Cinema and Megabox as well as at small arthouse theaters.

"We hope the discount programs will entice South Korean audiences to return to cinemas, which have struggled with a sharp drop in ticket sales since the COVID-19 outbreak," KOFIC said in a release.

The film industry was regarded as one of the biggest losers of the protracted pandemic, as it saw the total number of moviegoers in the country plunge 75 percent on-year to a record low of 59.5 million in 2020 from 226.7 million.

The downside trend continued in 2021, with 45.5 million people coming to theaters over the first 10 months of the year.