SEOUL, Nov. 1 (Yonhap) -- The South Korean government on Monday urged North Korea to respond positively to a suggestion that the pope visit there, expressing hope for progress in efforts to promote regional peace.

The unification ministry's statement came after Pope Francis reaffirmed his willingness to visit the North during his meeting with President Moon Jae-in at the Vatican last week.

Moon and the pope met Friday on the sidelines of the Group of 20 summit in Rome, during which Moon said a papal visit to North Korea would foster peace on the Korean Peninsula. The pope said he was willing to go to the North if he received an invitation, according to the Cheong Wa Dae.

"As the pope's willingness to visit North Korea has been reaffirmed, we hope the North would respond and pave the way for fostering peace on the Korean Peninsula," ministry spokesperson Lee Jong-joo told a regular press briefing.

Moon and Pope Francis last met in 2018 when the president made a state visit to Italy.

At the time, Moon delivered a verbal invitation to the pope from North Korean leader Kim Jong-un, but a papal visit failed to materialize amid a deadlock in nuclear talks between Washington and Pyongyang.

If Pope Francis actually visits the North, it would mark the first papal visit to the reclusive state.

It is still unclear if the North will accept the proposal to invite the pope, especially given its tight border controls to stave off COVID-19.

Some critics say the papal visit, if realized, would only give Kim another photo-op amid the North's efforts to present itself as a "normal state" to the international community.

North Korea is known to have some religious facilities in Pyongyang, though they are widely regarded as propaganda sites targeting foreign visitors.

According to an annual report by the U.S. State Department, North Korea continues to strictly limit the basic rights of its people, including religious freedom.

In December, the U.S. designated North Korea as a state violator of religious freedom for the 19th consecutive year. 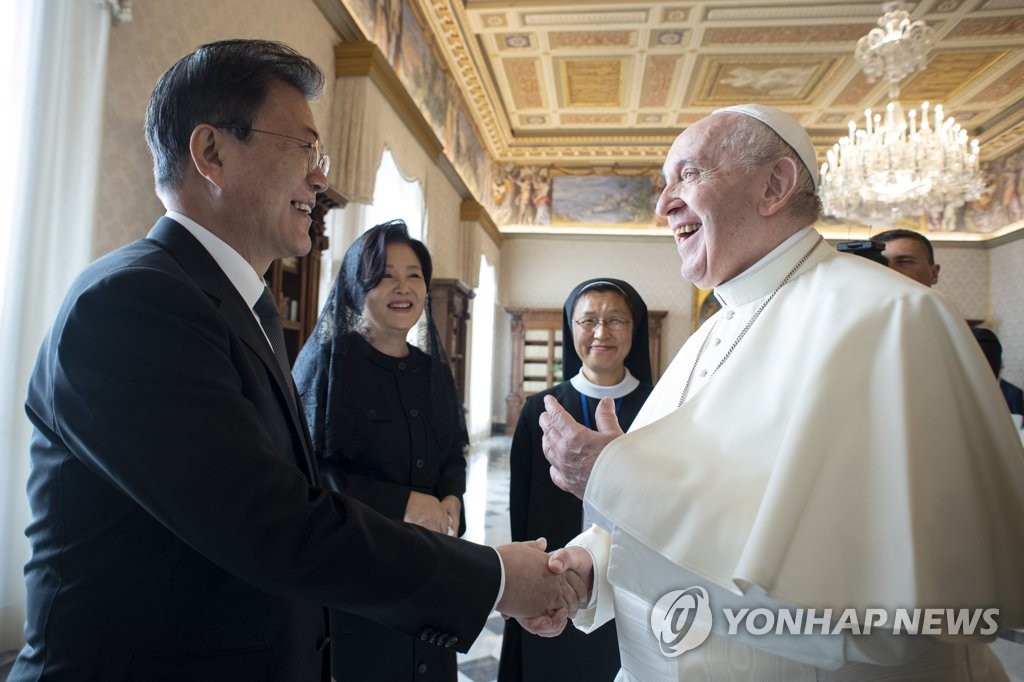