SEOUL, Nov. 1 (Yonhap) -- South Korea and the United States kicked off a combined annual air exercise Monday, a military source said, in a low-key manner apparently to back ongoing diplomacy to resume dialogue with North Korea.

For the five-day exercise, the allies mobilized some 100 air assets each, including F-15K and KF-16 jets from South Korea, and F-16s from the U.S., the source said on the condition of anonymity, noting no military assets were deployed from the U.S. mainland this time.

The allies have regularly held the air exercise in a scaled-down, low-key manner since they suspended the large-scale Vigilant Ace exercise to support peace efforts on the Korean Peninsula.

The South Korean Air Force declined in public to elaborate on the maneuvers, only saying that allied exercises are carried out in a "balanced manner" under the annual plan.

"We cannot comment on the exercise as it is one that is not disclosed to the media," an Air Force official told Yonhap News Agency.

North Korea has long denounced the allies' military drills as a war rehearsal for an invasion and used them as an excuse for provocations.

The reclusive regime recently called on the allies to drop "double standards," bashing Seoul and Washington for defining its missile activities as "provocations" while rationalizing their own as deterrence. 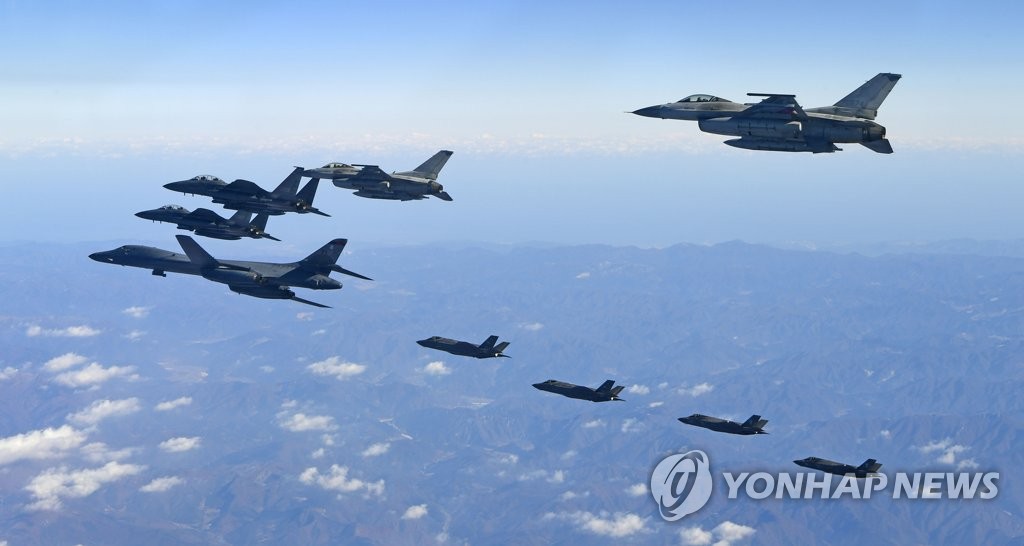