Net profit for the three months that ended in September rose to 188.96 billion won from 142.21 billion won in the year-ago period, the company said in a statement.

"The won's weakness against the dollar helped boost the bottom line," a company spokesman said by phone. A weak won drives up a company's dollar-denominated overseas earnings when converted into the local currency.

Reduced tire supplies to Hyundai Motor Co. and other carmakers drove down the quarterly operating profit as they suffered disrupted vehicle production due to global chip shortages.

Hankook Tire earns over 80 percent of its total revenue abroad. It has eight plants -- two in South Korea, one in Hungary, one in the United States, three in China and one in Indonesia -- whose combined capacity reaches 102 million tires per year. 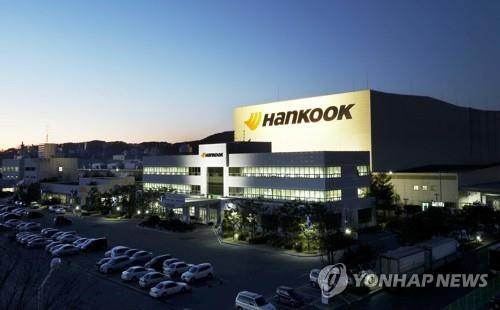