SEOUL, Nov. 1 (Yonhap) -- South Korea will push for swift consultations with the United States on steel tariffs amid concerns over negative impacts of a recent transatlantic trade deal on its exports of steel products, officials said Monday.

Last week, the U.S. announced its decision to roll back a 25 percent tariff on steel imports from the European Union and 10 percent on aluminum, which were imposed by then-President Donald Trump in 2018 under Section 232 of the U.S. Trade Expansion Act.

The deal instead calls for the implementation of a tariff-rate quota system that allows the EU to export metal products to the U.S. market without paying import taxes up to a certain volume.

"The potential increase in the volume of EU steel imports would inevitably have adverse impacts on our exports," said Joo Young-joon, director general for industry policy at Seoul's Ministry of Trade, Industry and Energy.

Under a 2018 deal between Seoul and Washington, the U.S. waives a 25 percent tariff on South Korean steel imports in return for a yearly import quota of 2.63 million tons for Korean steel products, or 70 percent of Seoul's average export volume over the past three years.

"We will push for discussions at the earliest possible date with the U.S. to review and revise Section 232 rules on our steel and aluminum products," the official said.

The ministry will soon send director-level officials to Washington for meetings with officials of the U.S. Trade Representative and the U.S. Department of Commerce on the issue, Joo said, adding that Seoul will continue to raise the issue during envisioned high-level meetings this year.

Later in the day, the government is scheduled to have an emergency meeting with major local steelmakers and discuss responses, according to the ministry. 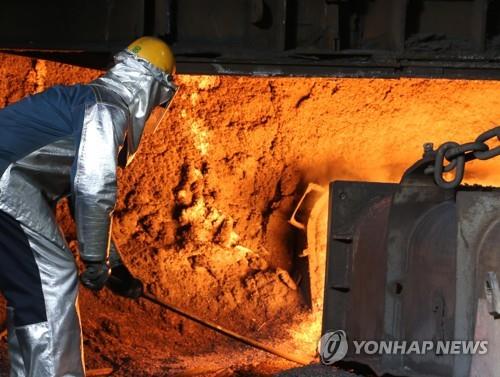