SEOUL, Nov. 1 (Yonhap) -- Talk of the United States' possible policy shift to reduce its use of nuclear arms under the Joe Biden administration is raising anew consequential questions over the future of America's security commitments to South Korea and other allies, analysts said Monday.

With its nuclear posture review under way, the Biden team has reportedly been considering a "no-first-use" declaration, which would rule out the possibility of the U.S. launching a preemptive nuclear strike seen as a formidable deterrent against potential adversaries.

Even if Washington does not go as far as to embrace the no-first-use approach, it could opt for a "sole purpose" policy that would define a strictly limited set of extreme circumstances for the use of nuclear arms, such as retaliation after a nuclear attack, observers said. 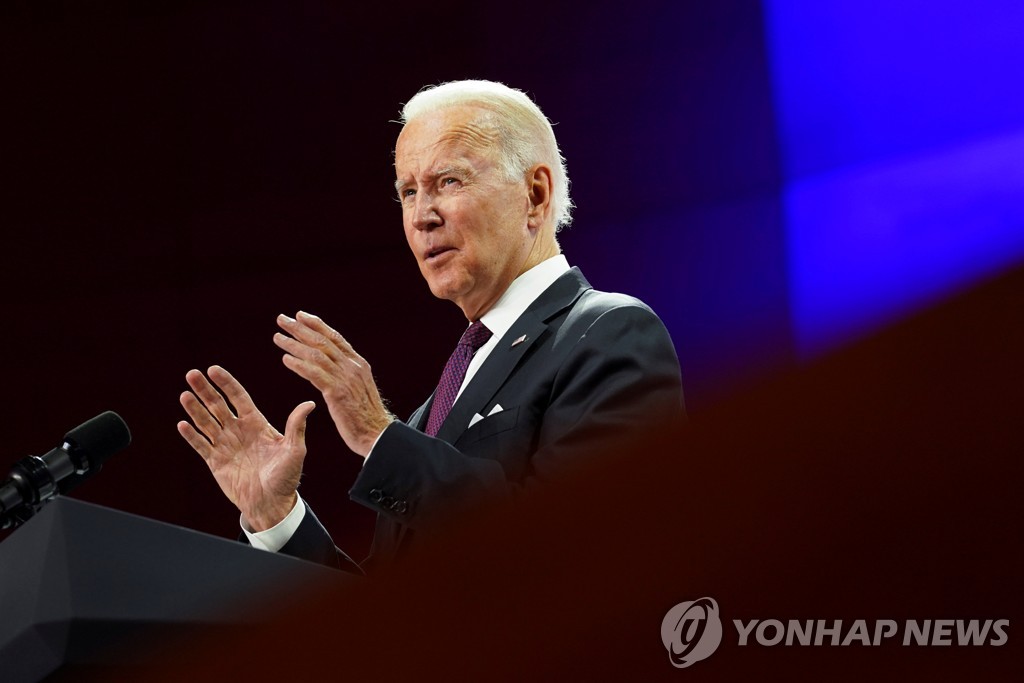 U.S. allies have been calling for the strengthening of America's security assurances -- or extended deterrence -- in the face of a nuclear-ambitious North Korea, an increasingly assertive China and a resurgent Russia.

"What's worrisome for allies is that extended deterrence is a commitment that is not binding, and that there hasn't been an historical experience of the allies having been protected by the U.S. nuclear umbrella," Park Won-gon, a North Korean studies professor of Ewha Womans University, said.

"Should the U.S. renounce the option of preemptive strike or shift to the sole purpose policy, this would suggest that the level of its security commitments to allies would weaken evidently compared with the existing ones," he added.

The Biden administration has been conducting the nuclear posture review -- a regular process that would set the direction of America's overall policy on nuclear weapons. An updated Nuclear Policy Review (NPR) document is due out early next year.

The possibility of a U.S. policy shift has unnerved conservatives in South Korea, as North Korea has steadily focused on the development of operational nuclear and missile forces as evidenced by the test-firing last month of a new submarine-launched ballistic missile.

Opponents of the policy change argue that the U.S. should keep its stance of strategic ambiguity over its first-use option to ensure that potential enemies dare not think about initiating a war that would cause unacceptable costs on their part.

Extended deterrence refers to the U.S.' commitment to mobilizing a full range of its military capabilities, nuclear and conventional, to defend its non-nuclear allies, like South Korea. It includes the so-called nuclear umbrella.

Such a stance drew a contrast with the 2018 NPR that signaled a stronger nuclear policy stance with the development of "low-yield" nuclear warheads.

Low-yield nuclear arms will lower the psychological threshold for the use of nuclear arms, as their use will lead to much less damage in a limited battle zone than full-scale nuclear exchanges involving high-yield strategic bombs, experts said.

Some observers said that concerns about a U.S. policy change may be excessive, given that no matter what policy name the Biden government chooses, it would be "declaratory" during his term.

"Whether that is part of the Department of Defense review or not, it is America's declaratory policy during his stint in the White House," Patrick M. Cronin, chair for Asia-Pacific Security at the U.S.-based Hudson Institute, said.

"I don't think that undermines deterrence from aggression, because an adversary who uses any force will have to fear conventional military reprisal," he added.

Going forward, Washington's policy review is expected to be a subject of intense consultations with its allies. The Financial Times reported Saturday that U.S. allies, including Britain, France and Japan, have been lobbying Biden not to alter the U.S. nuclear policy.

South Korea is expected to discuss the issue with the U.S. during various two-way high-level talks, including the Security Consultative Meeting, the annual defense ministerial talks slated to take place in Seoul early next month.

"Now at issue is how the U.S. would persuade allies to back its policy," Kim Tae-hyung, a professor of international politics at Soongsil University, said. "Over the next few months before the NPR comes out, there would be intense debates about the sole purpose, no-first-use or other related issues among the allies as well as among U.S. policymakers."