Moon is set to deliver a keynote speech at the Monday summit, where he is expected to urge the world to urgently tackle the climate crisis and highlight South Korea's role in combating climate change.

Last month, South Korea finalized a decision to reduce its greenhouse gas emissions by 40 percent from 2018 levels by 2030, sharply raising its previous goal as part of efforts to curb the pace of climate change.

South Korea also confirmed that it will achieve carbon neutrality by 2050, as the nation started tackling the challenge of responding to climate change and attaining sustainable growth simultaneously. 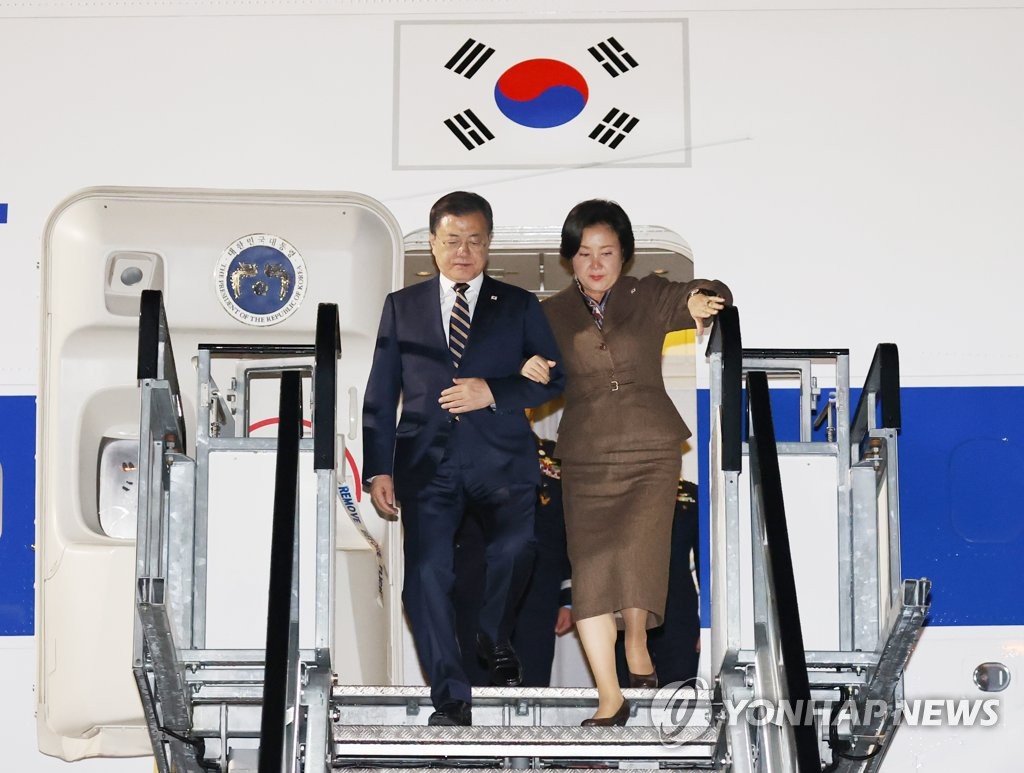 At the G-20 summit in Italy, Moon pledged that South Korea will stay in lockstep with the push for carbon neutrality.

"We will put a complete end to coal-fired power generation by 2050. Moreover, official financial support for the construction of new coal-fired power plants overseas has already been suspended," Moon told the G-20 summit.

"Although Korea's methane emissions are relatively low, we actively agree with relevant reduction efforts and will join the Global Methane Pledge," Moon said.

During the COP26 summit, Moon is expected to formally announce South Korea's decision to join the Global Methane Pledge, a global pact to cut methane emissions by 30 percent by 2030.

In Glasgow, world leaders are expected to assess achievements since the Paris agreement to limit global warming, which was signed in 2015. Whether to agree on limiting global warming to 1.5 degrees Celsius is one of the key topics at the U.N. summit.

Scientists said the timing of the 1.5 C rise in the earth's temperature is very likely to come before 2040, a decade faster than an earlier prediction, if greenhouse gas emissions remain at current levels.

Wrapping up the G-20 summit, world leaders agreed that, "Keeping 1.5 degrees within reach will require meaningful and effective actions and commitment by all countries."

However, they agreed to achieve global net zero greenhouse gas emissions or carbon neutrality "by or around mid-century," instead of setting a target year at 2050.