SEOUL, Nov. 2 (Yonhap) -- South Korea's consumer prices grew at the fastest clip in almost a decade in October due to last year's low base effect and surging oil prices, data showed Tuesday, raising expectations that the central bank will hike its key rate this month.

The consumer prices rose 3.2 percent in October from a year earlier, accelerating from a 2.5 percent on-year gain in September, according to the data compiled by Statistics Korea.

Compared with a month earlier, consumer inflation inched up 0.1 percent.

It marked the fastest on-year gain since January 2012, when consumer prices grew 3.3 percent. The on-year growth of inflation also rose to the 3 percent range for the first time since February 2012.

In October, the consumer prices grew more than 2 percent -- the central bank's midterm inflation target -- for the seventh consecutive month.

The pickup in inflation was mainly attributable to the base effect from last year's one-off state subsidies for mobile phone bills and rising oil prices. 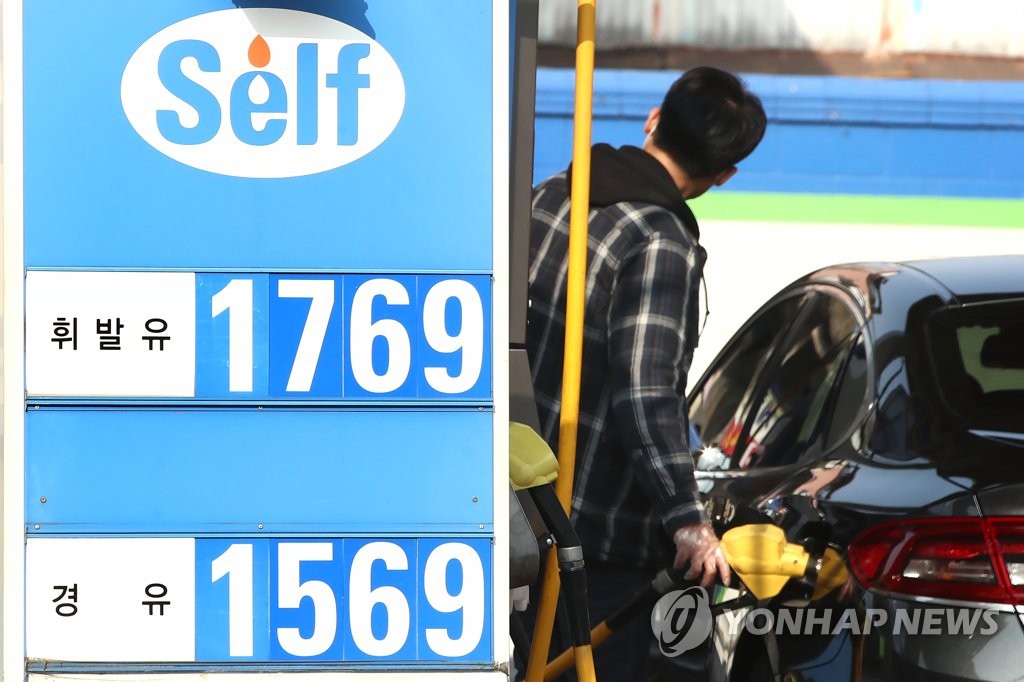 The government provided 20,000 won (US$17) per person in specific groups in October 2020 to help them cover mobile phone fees amid the COVID-19 pandemic.

He said the inflation growth may ease in November as the impact of the subsidies will taper and the government took steps to stabilize prices, such as a fuel tax cut.

Oil prices surged to a three-year high amid the global economic recovery.

Prices of Dubai crude, South Korea's benchmark, hit a yearly high of $84.37 per barrel on Oct. 25, up from an average of $72.63 in September. South Korea depends on imports for its energy needs.

The government decided last week to cut fuel taxes by a record 20 percent starting Nov. 12 for about six months in a bid to help curb inflationary pressure.

The finance ministry said the tax cut is expected to help drive down the inflation rate by a maximum of 0.33 percentage point.

Last month, prices of public services gained 5.4 percent on-year due to the base effect from last year's subsidies on mobile phone bills.

Prices of agricultural, livestock and fishery products extended their gains, but the on-year growth markedly began slowing in September. Prices of those products edged up 0.2 percent, slower than a 3.7 percent gain in September.

Prices of daily necessities -- 141 items closely related to people's daily lives, such as food, clothing and housing -- climbed 4.6 percent on-year in October. It was the fastest on-year gain since August 2011.

Economists said consumer inflation may stay in the 3 percent range in the fourth quarter, given several factors pointing to upward price pressure.

The Korean currency's weakness against the U.S. dollar has boosted import prices. The won has fallen 1.6 percent since September, with the local currency hitting a 14-month low of 1,198.80 per the greenback on Oct. 12.

The Korea Electric Power Corp., the state-run utility firm, plans to increase the electricity rate in the fourth quarter to reflect hikes in energy prices. 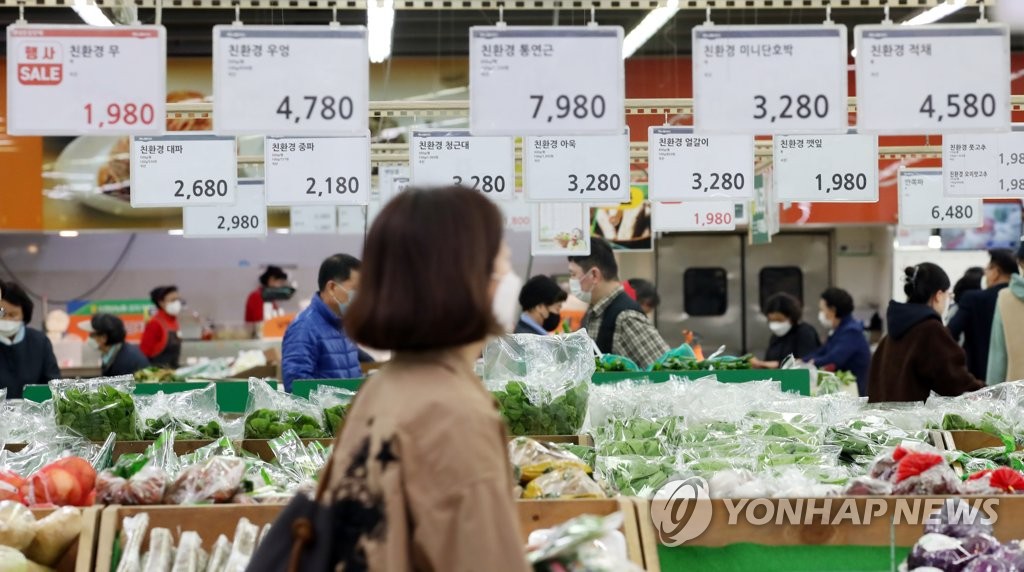 The Bank of Korea (BOK) is widely expected to raise the policy rate this month to curb inflation and household debt.

Last month, the BOK hinted at an additional rate hike for November after it froze the key interest rate at 0.75 percent. The BOK raised the policy rate by a quarter percentage point in August from a record low of 0.5 percent.

In a press release, the BOK said that inflation will likely stay much over 2 percent "for the time being," though the upward pressure could be eased "steadily" with the effect of lowered fuel prices.

The central bank predicted that consumer prices will likely grow at a faster pace in the fourth quarter than a 2.6 percent rise in the previous quarter.

To put a lid on inflation, the government plans to freeze natural gas bills for the next two months and will seek to leave public utility charges unchanged until year-end. It will also stably manage the supply of agriculture and fishery products.

The BOK kept its 2021 growth outlook for the South Korean economy at 4 percent. The government forecast economic growth of 4.2 percent for this year.