The committee is the liberal party's largest ever and includes all 169 of its National Assembly lawmakers with party chairman Song Young-gil as its standing chief and 12 others as co-chiefs.

The party held a massive launching ceremony that was expected to be attended by up to 499 people under the government's eased social distancing measures at the Olympic gymnastics arena in eastern Seoul. 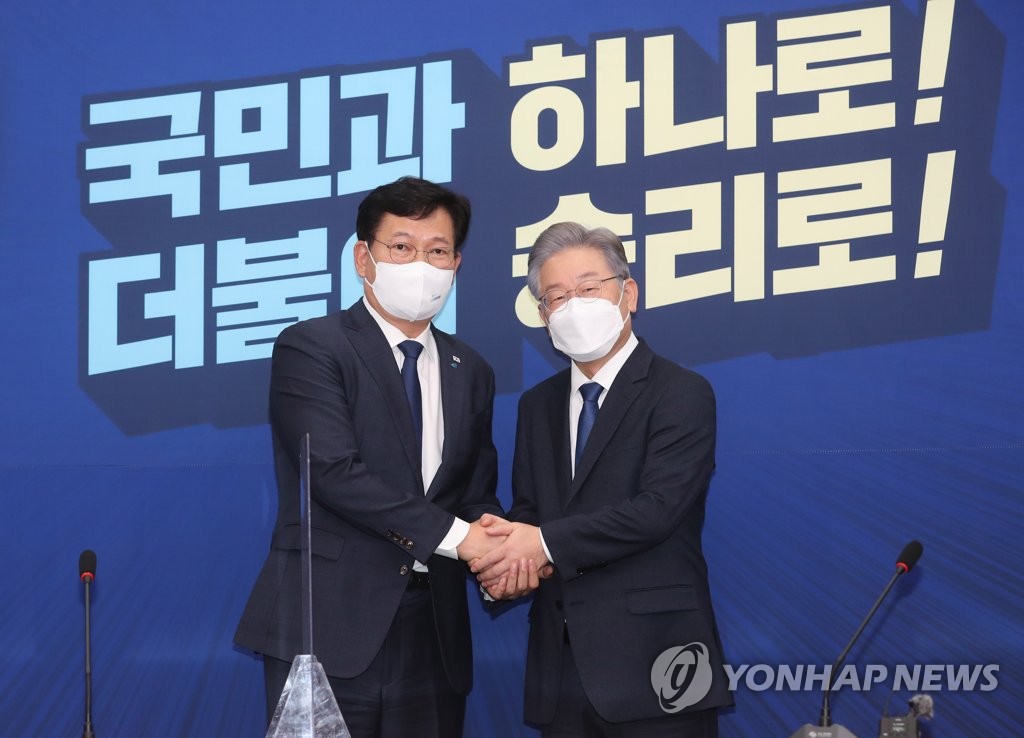 Lee, the party's presidential nominee and former governor of Gyeonggi Province, was scheduled to deliver a speech.

With the election four months away, the DP said it focused on building a "cohesive" committee that will bridge factions and divides.

Former Prime Minister Lee Nak-yon, who lost the nomination to Lee following a bitter primary, was appointed a standing adviser, while several members of his now-disbanded campaign were given key positions within the committee.

Among them are Reps. Sul Hoon and Hong Young-pyo, both of whom will now be committee co-chiefs, and Rep. Park Kwang-on, who will serve as co-chief of the committee's central election planning headquarters.

Former Prime Minister Chung Sye-kyun, who also competed in the primary before dropping out, joined the team of standing advisers along with Lee Hae-chan, a DP heavyweight and former prime minister.

Additional members will be added and announced as they come.

As part of the umbrella committee, a total of nine panels were launched under Lee to assist the nominee on issues ranging from "fair growth" and "balanced development" to "peace and prosperity" and "real estate reform."