SEOUL, Nov. 2 (Yonhap) -- Lee Jae-myung, the presidential nominee of the ruling Democratic Party, vowed Tuesday to carry out sweeping real estate reforms as the No. 1 priority of his presidency, apologizing to people for the government's failure to bring housing prices under control.

Lee made the pledge at an event marking the launch of the party's presidential election committee, which was expected to be attended by up to 499 people under the government's eased social distancing measures at the Olympic gymnastics arena in eastern Seoul. 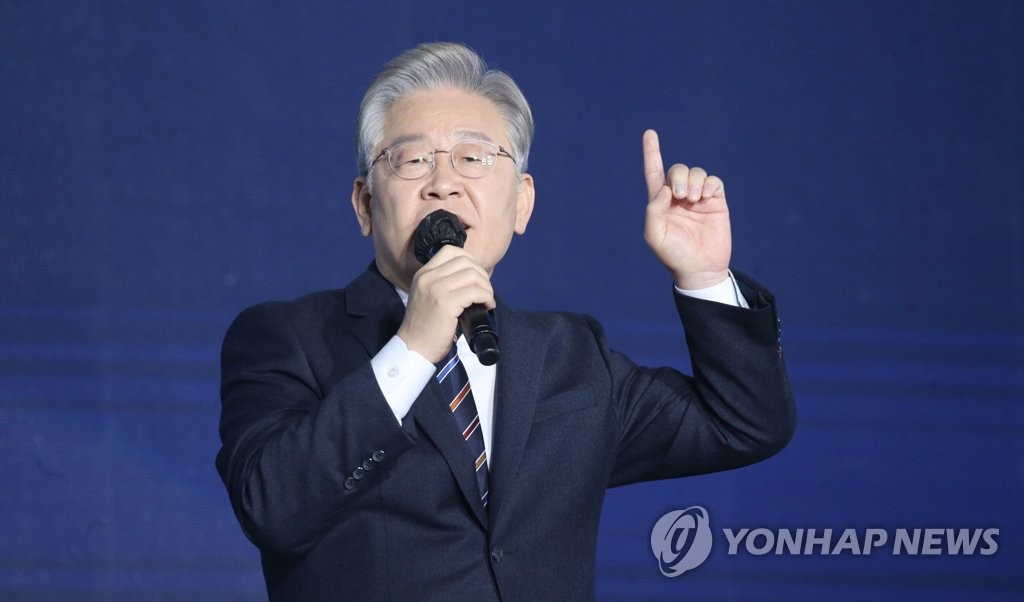 "Once I take office, I will carry out strong and extensive reforms of the real estate sector as a top priority," the nominee said.

"I cannot help but feel sorry when I see the people complaining of their pain caused by the high cost of housing," he continued. "(We) have caused too much pain and frustration to the people with real estate issues. I offer my sincere apology."

Lee was referring to the ongoing public resentment over soaring home prices, which are seen as one of the biggest failures of the Moon Jae-in administration, and recurring cases of speculation in real estate.

He also promised to come up with a plan to drastically increase housing supply to ensure non-homeowners can live in high-quality houses at affordable rent for as long as they wish.

"I will lower and stabilize housing prices so that nobody suffers from housing issues," the former governor of Gyeonggi Province said.

Real estate has been a sensitive subject for Lee amid allegations that he was involved in a massive corruption scandal surrounding an apartment development project undertaken in Seongnam, south of Seoul, in 2015, when he was the city's mayor.

Meanwhile, the committee was launched with party Chairman Song Young-gil as its standing chief and 12 others as co-chiefs. It is the liberal party's largest ever and includes all 169 of its National Assembly lawmakers. 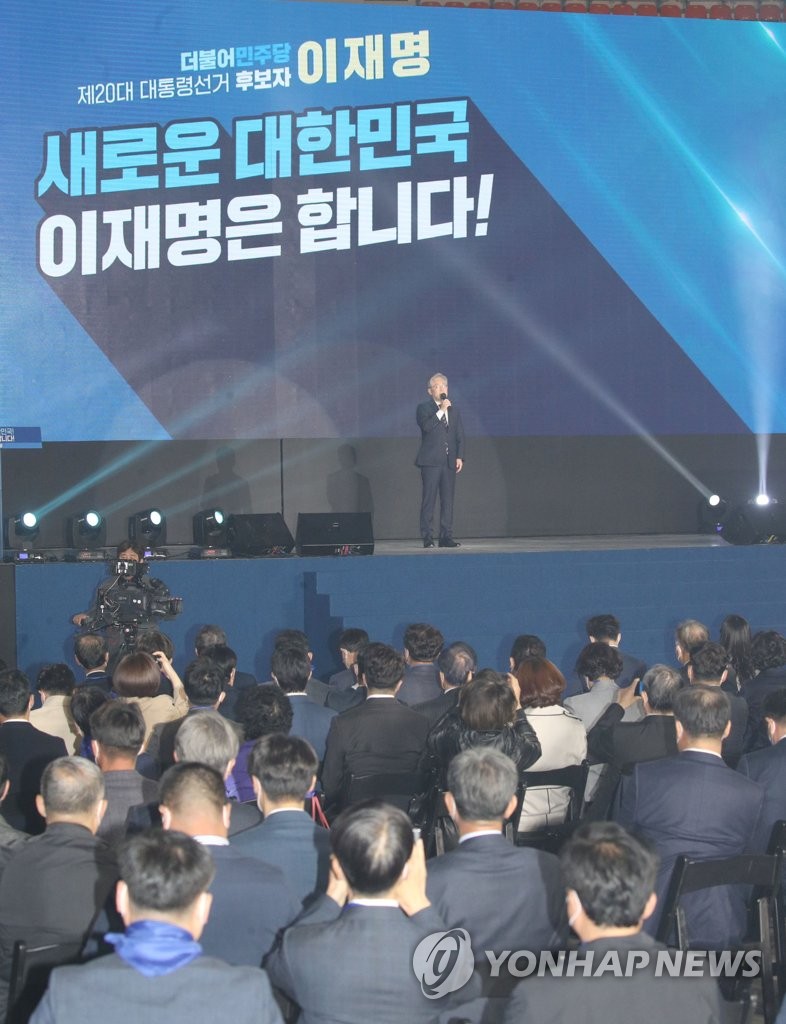 With the election four months away, the DP said it focused on building a "cohesive" committee that will bridge factions and divides.

Former Prime Minister Lee Nak-yon, who lost the nomination to Lee following a bitter primary, was appointed a standing adviser, while several members of his now-disbanded campaign were given key positions within the committee.

Among them are Reps. Sul Hoon and Hong Young-pyo, both of whom will now be committee co-chiefs, and Rep. Park Kwang-on, who will serve as co-chief of the committee's central election planning headquarters.

Former Prime Minister Chung Sye-kyun, who also competed in the primary before dropping out, joined the team of standing advisers along with Lee Hae-chan, a DP heavyweight and former prime minister.

Additional members will be added and announced as they come.

As part of the umbrella committee, a total of nine panels were launched under Lee to assist the nominee on issues ranging from "fair growth" and "balanced development" to "peace and prosperity" and "real estate reform."