SEOUL, Nov. 2 (Yonhap) -- South Korea plans to buy back 2 trillion won (US$1.7 billion) worth of government bonds in a bid to tackle a sharp hike in bond yields, a senior government official said Tuesday, with yields on Treasurys sharply dropping.

"The stable management of the government bond market has become more important than at any time to support the fiscal policy's role and the smooth adjustment of the (accommodative) monetary policy," Ahn said at a meeting with senior officials at investment banks and market experts.

The finance ministry said Thursday it plans to sharply scale down its sale of state bonds, mostly those with short-term maturities, for November in a bid to ease market volatility.

The BOK also said it will reduce the sale of monetary stabilization bonds in November to help ease market volatility.

Market experts said volatility in the bond market could increase amid the growing anticipation for the Federal Reserve's tapering of asset purchases and the BOK's rate hike.

The Fed is widely expected to start to taper its bond purchases in November as the U.S. economy is recovering from the pandemic. The Fed's policy meeting is slated for Tuesday and Wednesday (local time).

The BOK is also forecast to raise its key interest rate at its rate-setting meeting on Nov. 25 to curb inflation and household debt. 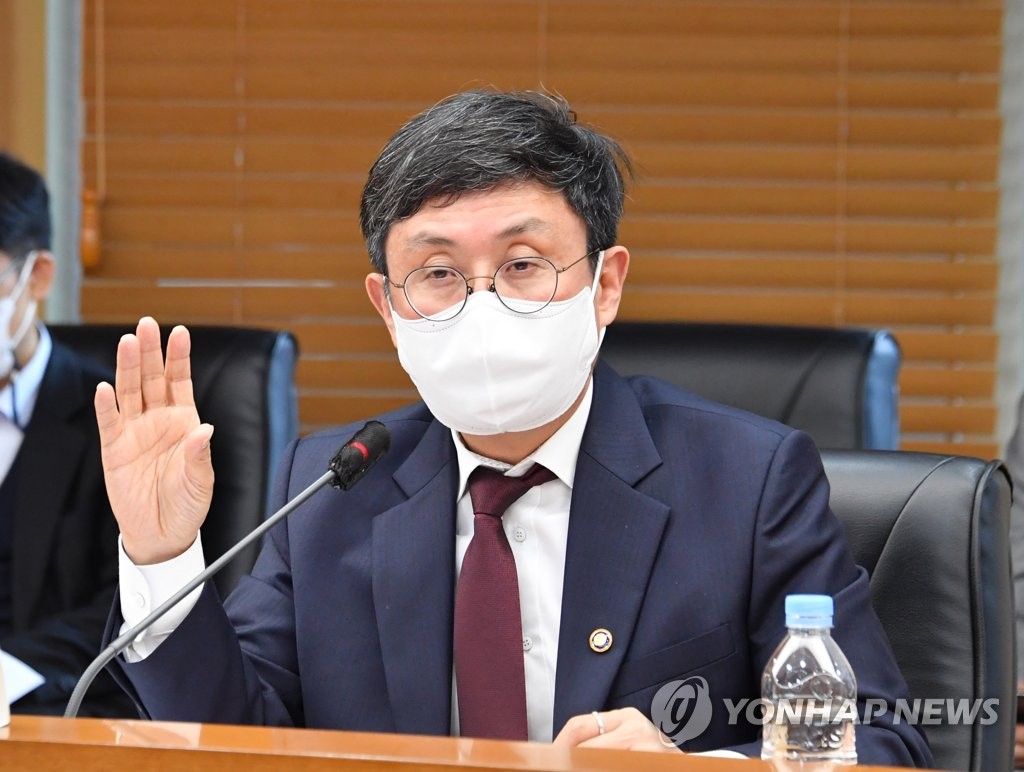