SEOUL, Nov. 2 (Yonhap) -- The ruling Democratic Party (DP) said Tuesday it has started to review a proposal from the party's presidential nominee Lee Jae-myung calling for another round of universal COVID-19 relief funds, amid questions about where the necessary money would come from.

"Our policymaking unit decided to review procedures, size and laws regarding additional relief grants," said Rep. Park Wan-joo, who heads the DP's policy planning committee. "But we need to talk with finance authorities and opposition parties on how it should be done. It's something high-dimensional."

Earlier this week, Lee said the government should dole out additional cash handouts, saying that the relief amount is too small considering the nation's GDP and in comparison with other countries.

Lee added that he expects a "reasonable conclusion" on his proposal as the government is expected to log a larger-than-expected surplus in tax revenue this year and many people are still suffering from the pandemic. 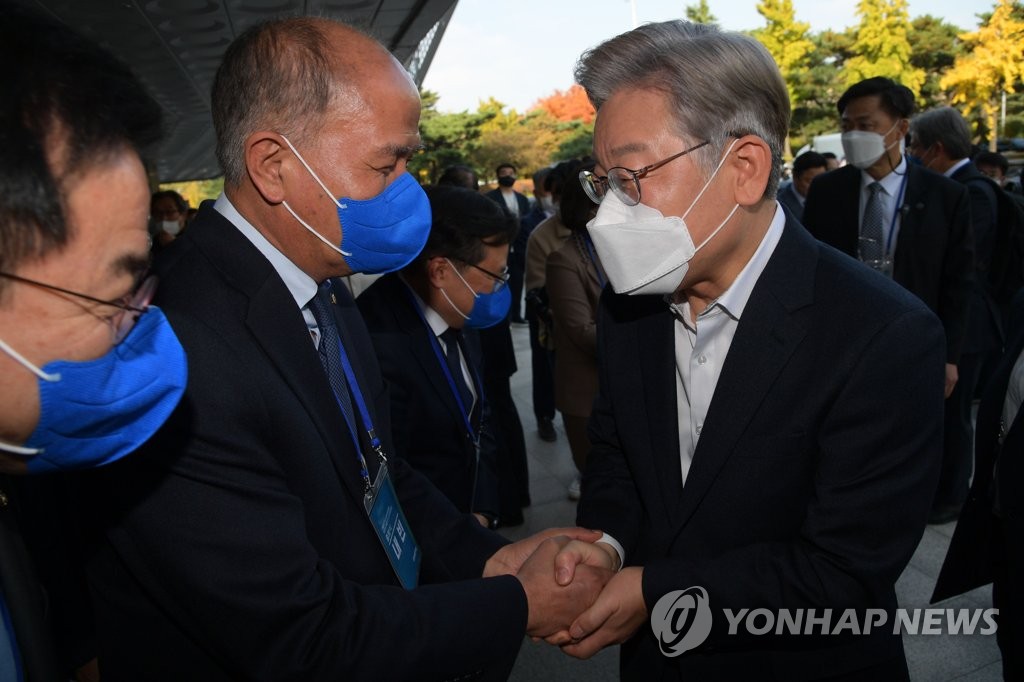 Despite Lee's call, some DP members voiced concerns as his idea does not appear to be realistic considering the government's financial condition and that the National Assembly's budget deliberation is just around the corner.

"Unless there is massive surplus in tax revenue, it's not going to be easy to reflect an additional 20 trillion won budget in the government's already confirmed budget bill," said a DP official on condition of anonymity. "Although its presidential candidate showed his determination, the party needs to handle the issue flexibly."

The government in August unveiled a record high budget of 604.4 trillion won for next year.

"He is telling the government to crawl in front of future power," Her Euna, a spokesperson of the PPP, said. "The nation's livelihood is not a means of getting votes."