SEOUL, Nov. 2 (Yonhap) -- Prosecutors on Tuesday sought a 1 1/2-year prison sentence for the head of a militant umbrella labor organization for organizing a series of rallies earlier this year in violation of anti-COVID-19 rules.

Yang Kyung-soo, the chief of the Korean Confederation of Trade Unions (KCTU), was arrested and indicted in September on charges of violating the Assembly and Demonstration Act and the Infectious Disease Control and Prevention Act, as well as causing traffic disruption.

Yang is accused of staging multiple mass rallies in central Seoul between May and July.

Under strict social distancing rules, all social rallies, except for essential corporate or official purposes, had been prohibited in downtown Seoul during the period due to infection concerns. 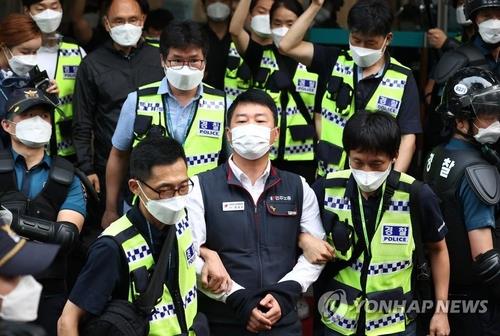 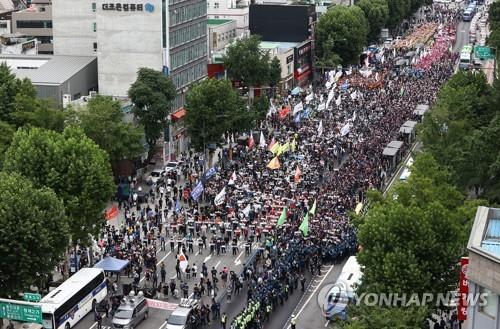 Prosecutors demanded the Seoul Central District Court sentence Yang to 1 1/2 years in prison along with a 3 million won (US$2,550) fine, saying he staged rallies repeatedly and caused public risk of the possible spread of COVID-19.

During a court hearing, the KCTU leader asked for leniency, saying the protests were "workers' cries" for the improvement of labor rights.

"According to the Korea Disease Control and Prevention Agency, not a single COVID-19 case was reported from the rallies," his attorney added.

Yang has admitted to breaking the demonstration act but denied violating the disease prevention act.

The court will deliver his sentence on Dec. 25.