SEOUL, Nov. 3 (Yonhap) -- South Korea's new coronavirus cases spiked to over 2,600 on Wednesday, two days after the country began its "living with COVID-19" scheme as part of a broader plan to gradually lift the virus restrictions.

The country reported 2,667 new COVID-19 cases, raising the total caseload to 370,640, the Korea Disease Control and Prevention Agency (KDCA) said. Wednesday's tally marked a sharp hike from 1,589 reported a day earlier and is also the fourth-largest number ever. 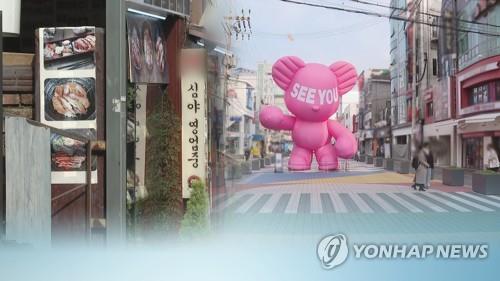 It marked the first time since Sept. 30 that the daily new cases exceeded 2,500, the KDCA said.

The health authorities warned there would be more cluster infections following the Halloween weekend, with daily new cases continuing to spike.

The authorities said more than 70 percent of new COVID-19 patients have not been vaccinated, with 24 percent of them in their teens.

Of the total, 2,640 were local infections, the KDCA said. Twenty-seven cases came from overseas, putting the cumulative total at 15,151.

Of the locally transmitted cases, Seoul had 997 cases, with the surrounding Gyeonggi Province logging 895 cases and Incheon, 40 kilometers west of Seoul, 181 cases.

The death toll rose by 18 to 2,892 on Wednesday, the health authorities said. The fatality rate came to 0.78 percent.

As of 6 p.m. Wednesday, South Korea had reported 1,692 new cases, down 171 from the previous day. Cases are counted until midnight and announced the following morning. The southeastern city of Busan stopped releasing real-time data on Monday.

Under the first of the three-phase scheme, people are allowed to gather in groups of up to 10, regardless of vaccination. Still, basic preventive measures like wearing masks indoors remain in effect.

Operation hour curfews for businesses that cover restaurants, cafes and movie theaters are fully lifted, except for entertainment facilities.

High-risk facilities, such as bars and nightclubs, are required to introduce the "vaccine pass" system under which visitors have to show they have been fully vaccinated or have a negative test result.

About 41.26 million people, or 80.4 percent of the country's 51.3 million population, have received their first COVID-19 vaccine shots. The number of fully vaccinated people came to 38.9 million, or 75.7 percent, the KDCA said.