Kim made the remark during a radio interview, stressing that the most urgent task for now is to compensate the self-employed and small business owners suffering from the pandemic.

"Our finance does not have enough capacity to do that," Kim said of Lee's proposal during the interview with local broadcaster CBS. "Execution of this year's budget will be over in two months."

Kim's remarks are in line with Finance Minster Hong Nam-ki, who previously opposed the idea of giving cash handouts to all people instead of providing them to those who suffered the most.

"In the financial authority's perspective, our disposable revenue is obvious," Kim said. "We are not in a situation to get money from here and there." 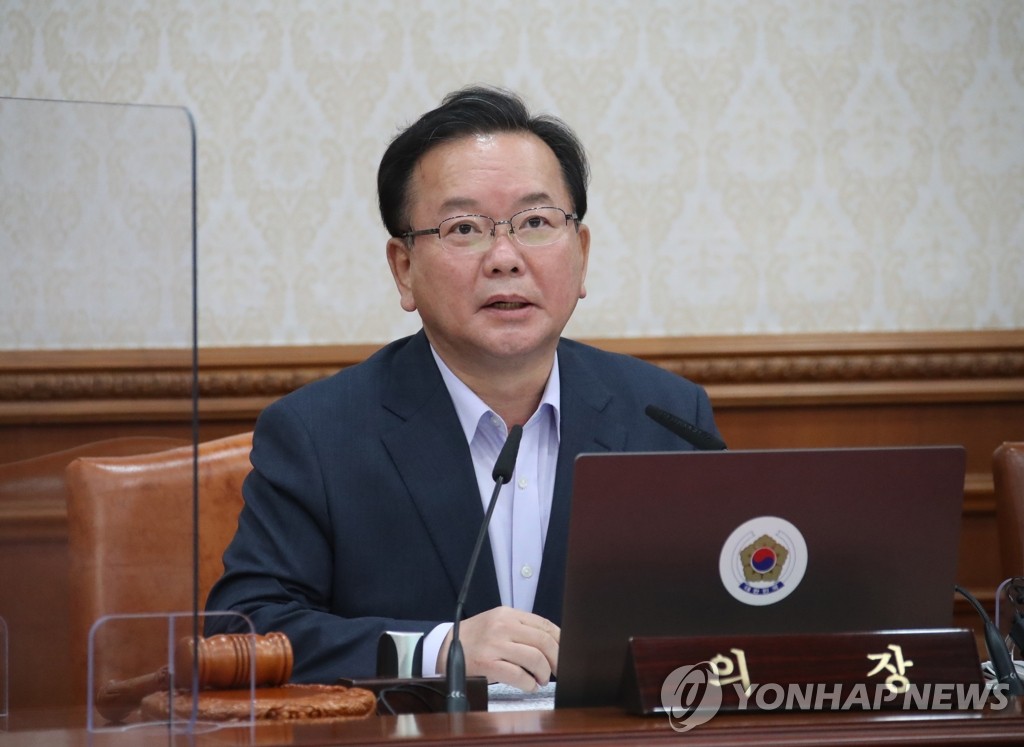 Earlier this week, Lee said the government should dole out additional cash handouts to all people, saying that the relief amount is too small considering the nation's GDP and in comparison with other countries.

He called for providing an additional 300,000-500,000 won (US$250-$425) per person at least since the government is expected to log a larger-than-expected surplus in tax revenue this year and many people are still suffering from the pandemic.

Asked about the DP's plan of postponing taxation of virtual assets, Kim also showed reluctance, saying such an issue is a matter of changing a law.

Starting next year, the government plans to impose a 20 percent tax on capital gains from transactions of virtual assets, but the DP said it is considering delaying the taxation plan for one year.

Kim said a recent surge in COVID-19 cases following the country's introduction of the "living with COVID-19" scheme, which comes with eased virus curbs for a gradual return to normalcy, is still manageable.

"It's not disturbing our medical response system yet," he said. "If the utilization rate of hospital beds reaches 60 percent, we will send a warning notice, and if the rate exceeds 75 percent, then we have no choice, but to call an 'emergency stop' and explain to people."