Invest Korea Week 2021, which runs through Friday, is expected to bring together 3,000 officials from major domestic and international companies, governments and related organizations for investor relations sessions and other events, according to the Ministry of Trade, Industry and Energy.

"South Korea is a promising, sustainable and stable investment destination," Moon said in a video message.

South Korea received US$18.2 billion worth of foreign direct investment commitments during the first nine months of the year, up more than 41 percent from a year earlier, according to the ministry data.

"We will extend tax, location and cash support for investors, ease unreasonable regulations, and create new investment opportunities by aiding research and development and facility investment in such high-tech industries as semiconductor, next-generation vehicles and bio," Moon said, without elaborating.

About 180 South Korean firms will have one-on-one business consultations with more than 120 foreign investors, and around 50 major South Korean startups will showcase their advanced technologies and products. 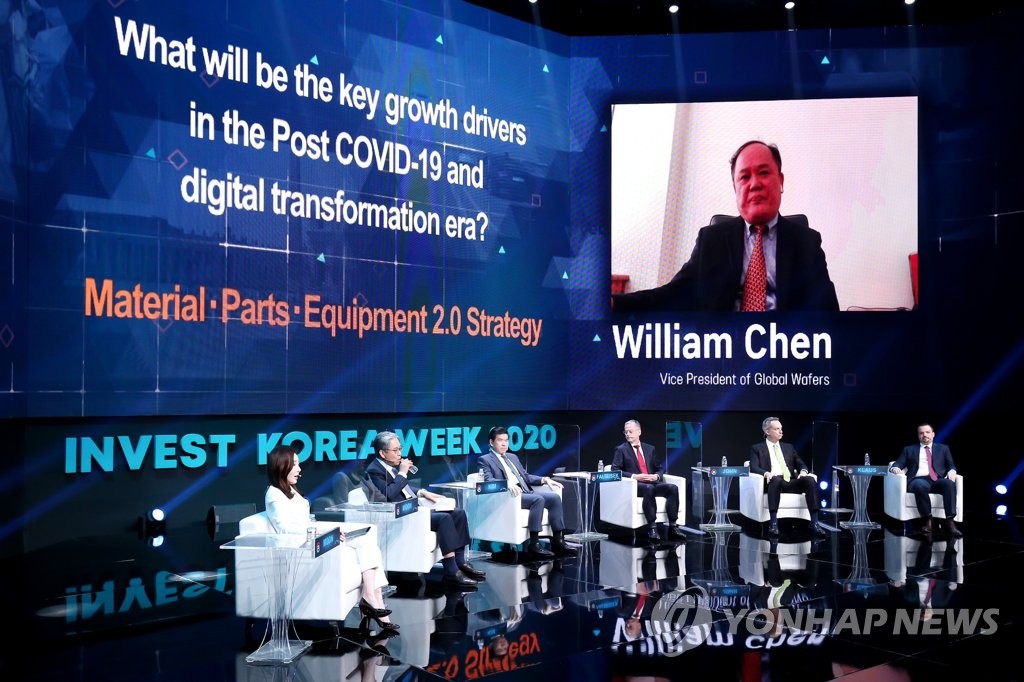