SEOUL, Nov. 3 (Yonhap) -- Global streaming giant Netflix is considering giving an additional reward to Korean producers of "Squid Game," as it became the platform's biggest-ever original show, a senior official of the company was quoted as saying Wednesday.

The Netflix official made the remark during a meeting with Rep. Kim while visiting Seoul for meetings with South Korean officials from the information service authorities and parliament, including Kim Hyun, vice chairperson of the Korea Communications Commission. 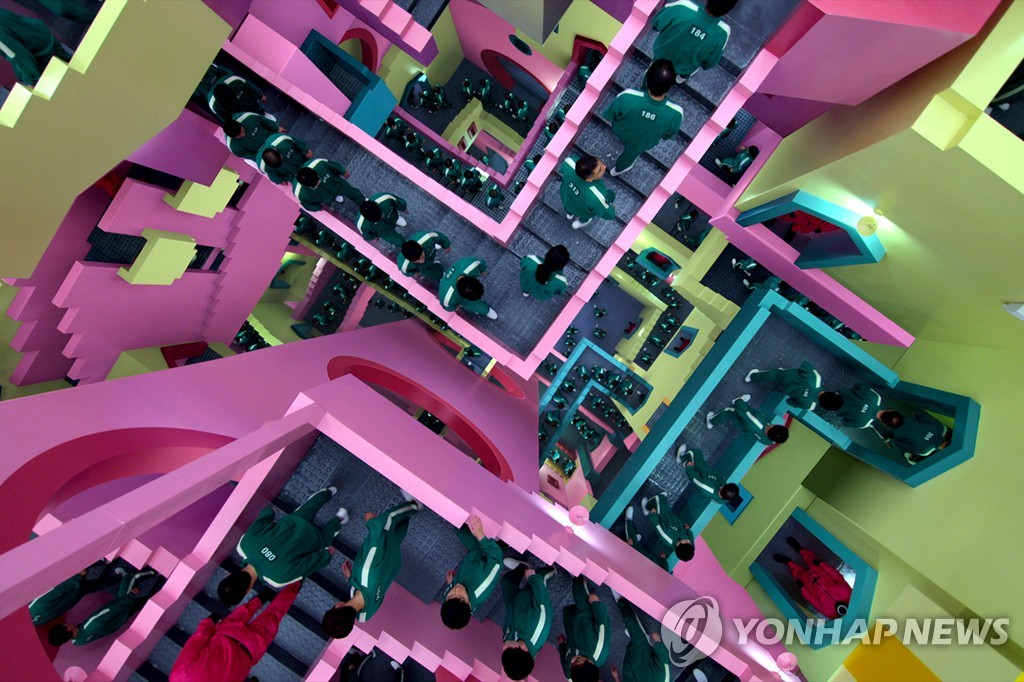 The streamer has come into the spotlight since the phenomenal success of "Squid Game" spiked a controversy in South Korea over the streamer's monopoly of the entire intellectual property of Korean-language shows the company invests in with no additional reward to local creators.

It was the first comment by a Netflix official on the controversial issue.

Korean-language thriller "Squid Game," released in September, became the most popular Netflix original show in any language, attracting more than 140 million households over the first four weeks of release.

According to U.S. news outlets, Netflix spent US$21 million on "Squid Game" but enjoyed an estimated $900 million in profit from an increase in subscribers and a rise in stock prices.

But director Hwang and crew members, who had reportedly agreed to a fixed 10 percent margin to the total production cost, have had no additional income and incentives in accordance with the show's global success.

Moreover, Garfield also said Netflix is seeking other alternative ways to iron out disputes with South Korean telecommunications companies and regulators over the cost of using the local network.

The streamer, which has refused to pay for the use of the network, lost a lawsuit against local internet service provider (ISP) SK Broadband Co. in June.

The South Korean government has been recently increasing pressure on Netflix to pay the network usage fees.

Last month, President Moon Jae-in said global platforms should meet their responsibilities commensurate with their size and ordered the government to review the dispute involving Netflix. 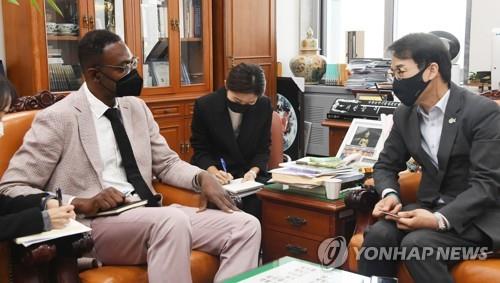