The meeting came as the armed services share the need for tighter cooperation in mapping out a comprehensive strategy for space operations, with the United States, China and other major powers beefing up their presence in the emerging security realm.

"Our military should develop and utilize space defense capabilities in a direction that maximizes inter-service cooperation," Suh said in his opening remarks. 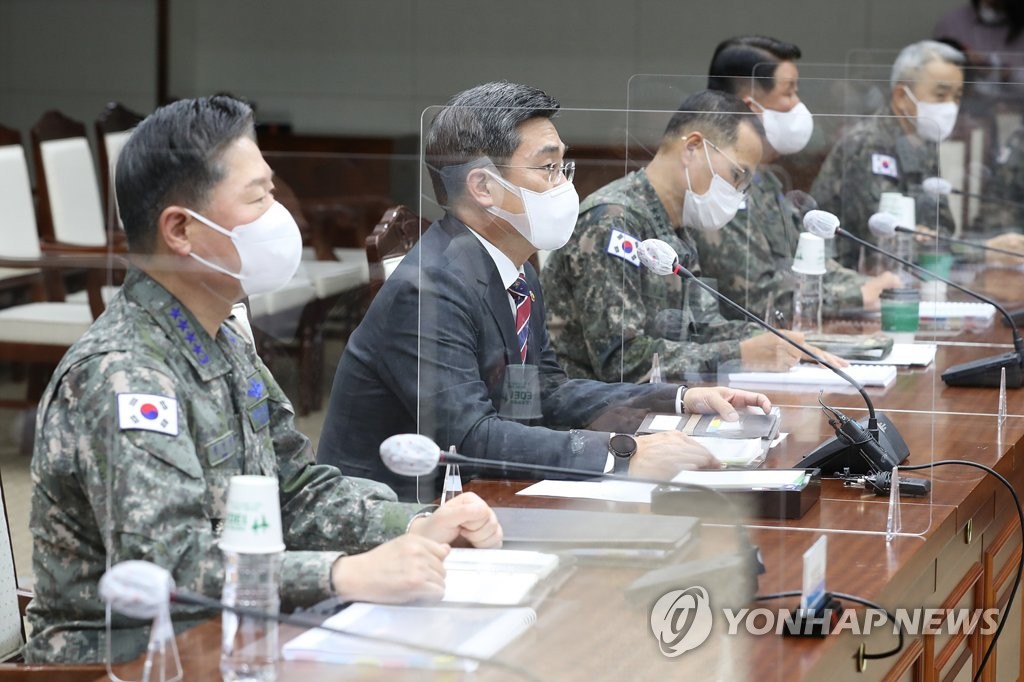 The ministry said that the JCS will craft a well-thought-out mechanism for joint space operations based on inter-service cooperation and set specific missions that the Army, Air Force, Navy and Marine Corps will undertake.

At the meeting, top defense officials defined four areas of space operations -- intelligence support, threat recognition, operational control and power projection -- based on which the armed services will strengthen their joint operational capabilities.

Two state-run organizations -- the Defense Acquisition Program Administration and the Agency for Defense Development -- will step up efforts to nurture technologies and capabilities to respond to threats emanating from space, the ministry said.

The country will also strengthen cooperation with the United States and other space powers, as well as collaboration with civil sector players, it added.

Military vows to bolster space capabilities based on inter-service cooperation

Military vows to bolster space capabilities based on inter-service cooperation