The revelations could deepen suspicions of a link between the DP nominee, Lee Jae-myung, and the scandal, despite his categorical denial of any wrongdoing in connection with the 2015 development project undertaken in Seongnam, south of Seoul, when he was mayor of the city.

Prosecutors and police are currently investigating how a previously unheard-of asset management company, Hwacheon Daeyu, and its seven affiliates reaped astronomical profits from the project to develop the Daejang-dong district in Seongnam into apartment complexes. 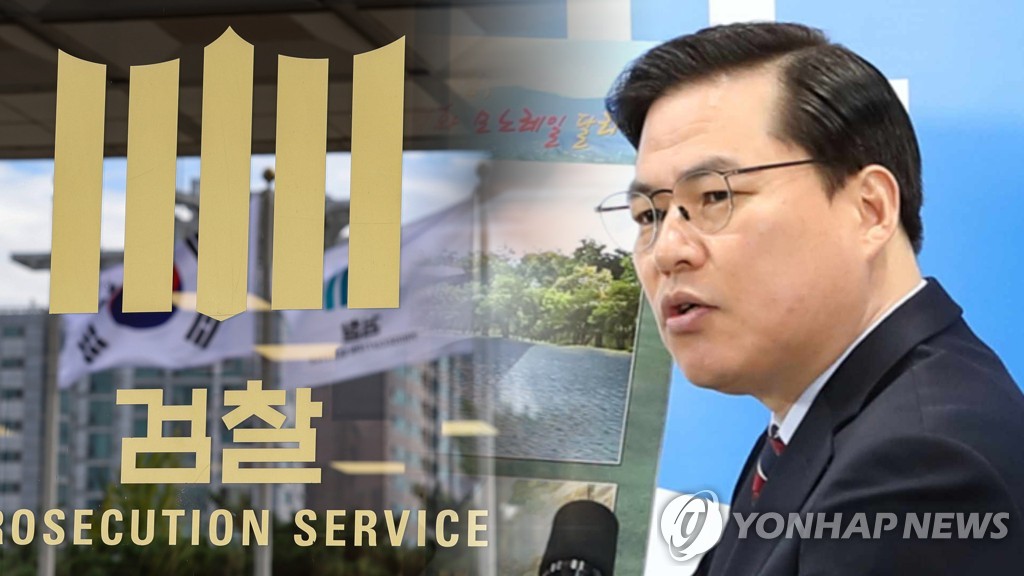 Chung previously served as the head of policy at the Gyeonggi Province government under Lee.

Yoo, who was arrested and then indicted last month on bribery charges, is suspected of colluding with private partners of the project in setting the terms of the public bidding to allow Hwacheon Daeyu to become the preferred bidder.

The phone call between the two was reportedly confirmed following a digital analysis of a mobile phone, which Yoo threw out the window just before investigators raided his home.

A police investigation team conducting a separate investigation into the case, managed to find the phone, which was picked up by a passerby, and have conducted a digital forensic analysis of the device.

Chung on Thursday admitted to speaking with Yoo on the day but denied any wrongdoing, adding he had to confirm the news reports alleging Yoo's involvement in the scandal.

"I reached the conclusion that I had to directly verify with Yoo (about the allegations)," Chung said in a statement. Chung added intense news coverage painted Yoo in a different light than his own personal account of Yoo.

Chung also criticized law enforcement authorities for supposedly leaking investigation details to the media in the midst of the presidential race.

Investigators plan to further question Yoo on his conversation with Chung, suspecting the two may have shared sensitive information regarding the development scandal ahead of the prosecutors' raid.