Moon is scheduled to head to the U.S. on Tuesday for a three-day stay, during which he plans to meet with U.S. Commerce Secretary Gina Raimondo and Energy Secretary Jennifer Granholm, according to Seoul's Ministry of Trade, Industry and Energy.

Chip supply chains are expected to be one of their key agenda items, as the meetings are to take place right after the Nov. 8 deadline by which the U.S. asked major chipmakers and auomakers to share business information to address the global semiconductor shortage.

Washington's request for the information has sparked concerns over the possible leak of what chipmakers consider major trade secrets.

"The minister is expected to explain those data and related circumstances to the U.S. side, and to discuss ways to boost bilateral cooperation to help resolve the chips crisis," a ministry official said. 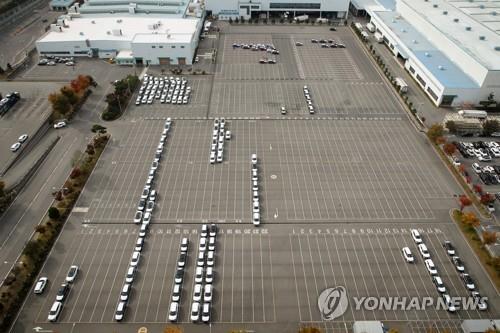 Also on the table will be steel tariffs, which have been a source of concern among relevant businesses recently following last week's trade deal between the U.S. and the European Union. The agreement calls for ending a 25 percent tariff by the U.S. on steel imports from the EU and 10 percent on aluminum.

The deal is feared to have adverse impacts on South Korea's exports of steel and aluminium products, as it is likely to boost the volume of EU's steel imports to the U.S.

"We will push for swift consultations with the U.S. to review and revise Section 232 rules on our steel and aluminum products," the official said.

Under a 2018 deal between Seoul and Washington, the U.S. waives a 25 percent tariff on South Korean steel imports in return for a yearly import quota of 2.63 million tons for Korean steel products, or 70 percent of Seoul's average export volume over the past three years. 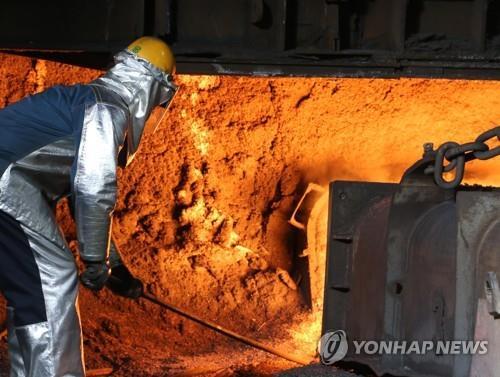