(ATTN: RECASTS throughout with details and official's comments in paras 5-7; ADDS photo)

SEOUL, Nov. 5 (Yonhap) -- South Korea logged a current account surplus for the 17th straight month in September thanks to solid exports and record-high revenue from shipping amid the rebounding global economy from the coronavirus pandemic, the central bank said Friday.

The current account surplus totaled US$10.07 billion in September, up from $7.51 billion a month earlier, according to data from the Bank of Korea. The amount was slightly smaller than the previous year's surplus of $10.34 billion.

The September figure marked the 17th straight month that the current account has been in the black since May last year when it turned around from a deficit of $3.33 billion in April amid faltering exports caused by the pandemic.

During the January-September period, the country's current account posted a cumulative $70.13 billion -- the largest surplus in the cited period since 2016.

The central bank attributed the robust results to strong exports in major markets, record-high performance in transportation and shipping sectors despite the global pandemic and rising raw material prices.

"The current account will likely continue its upward trends going forward considering brisk exports and revenue from transportation, though rising raw material prices and global supply chain disruptions and other logistical matters are expected to serve as major risks," Hwang Sang-pil, a senior BOK official, said in a press briefing.

The official said that the central bank could easily attain its annual surplus forecast of $82 billion if the current trends continue.

The goods balance logged a surplus of $9.45 billion in September, up $5.64 billion from a month earlier amid strong exports.

Exports, which accounted for about half of the Korean economy, remained strong, with overseas shipments in the month jumping 14.5 percent on-year to $56.44 billion driven by brisk sales of semiconductors, chemical and steel products. This marked the 11th straight month of rises.

The service account, which includes outlays by South Koreans on overseas trips, posted a deficit of $20 million in September, a turnaround from a surplus of $1 billion a month earlier.

Despite the deficit, revenue from shipping and transportation jumped to a record high of $2.06 billion, apparently driven by a rebound in global economic activity from the pandemic, the data showed.

The primary income account, which tracks wages of foreign workers and dividend payments overseas, logged a surplus of $750 million in the month, smaller than a surplus of $1.11 billion in August. 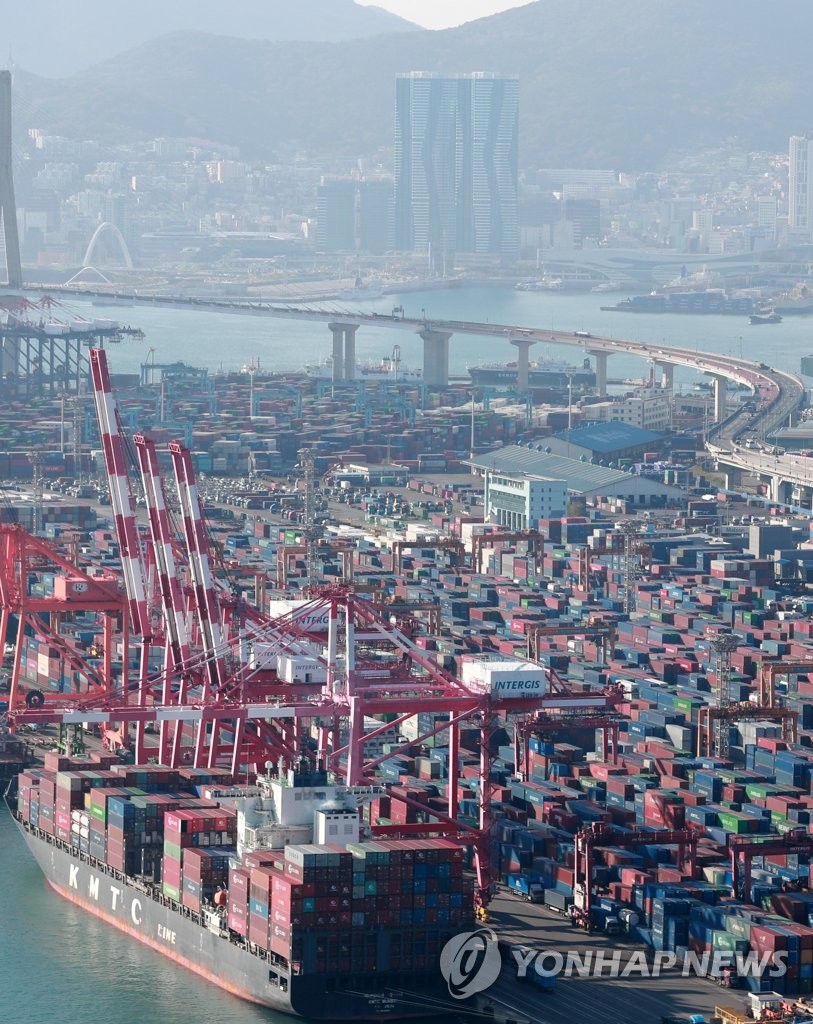