SEOUL, Nov. 5 (Yonhap) -- South Korea and Indonesia will hold what could be the final round of negotiations in the Southeast Asian country next week to address the latter's overdue payments for a joint fighter development project, informed sources said Friday.

Kang Eun-ho, head of the Defense Acquisition Program Administration (DAPA), is also expected to visit Indonesia from Tuesday to Thursday to join the Korean negotiation team -- in an apparent show of Seoul's resolve to settle the protracted issue.

Indonesia had agreed to shoulder 20 percent of the new fighter's development cost. But it later stopped making payments, with the amount of the overdue payments currently standing at 704.1 billion won (US$593 million).

During a parliamentary audit last month, DAPA chief Kang expressed confidence that the negotiations with Indonesia will be concluded by November.

Concerns about Indonesia's possible pullout from the project first surfaced when the country brought its technicians involved in the fighter development program in South Korea back to their home country in March last year, citing the spread of the COVID-19 pandemic.

Such concerns eased when Indonesian Defense Minister Prabowo Subianto agreed to resume talks with South Korea over the overdue payments during a visit to Seoul in April, which coincided with a ceremony unveiling a prototype of the country's first indigenous fighter jet named the KF-21 Boramae.

In August, a group of Indonesian technicians returned to Korea, raising expectations that the joint fighter development program will gain traction. 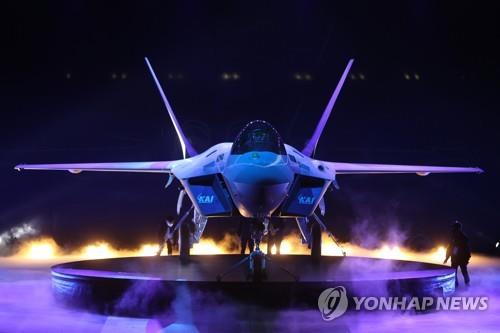